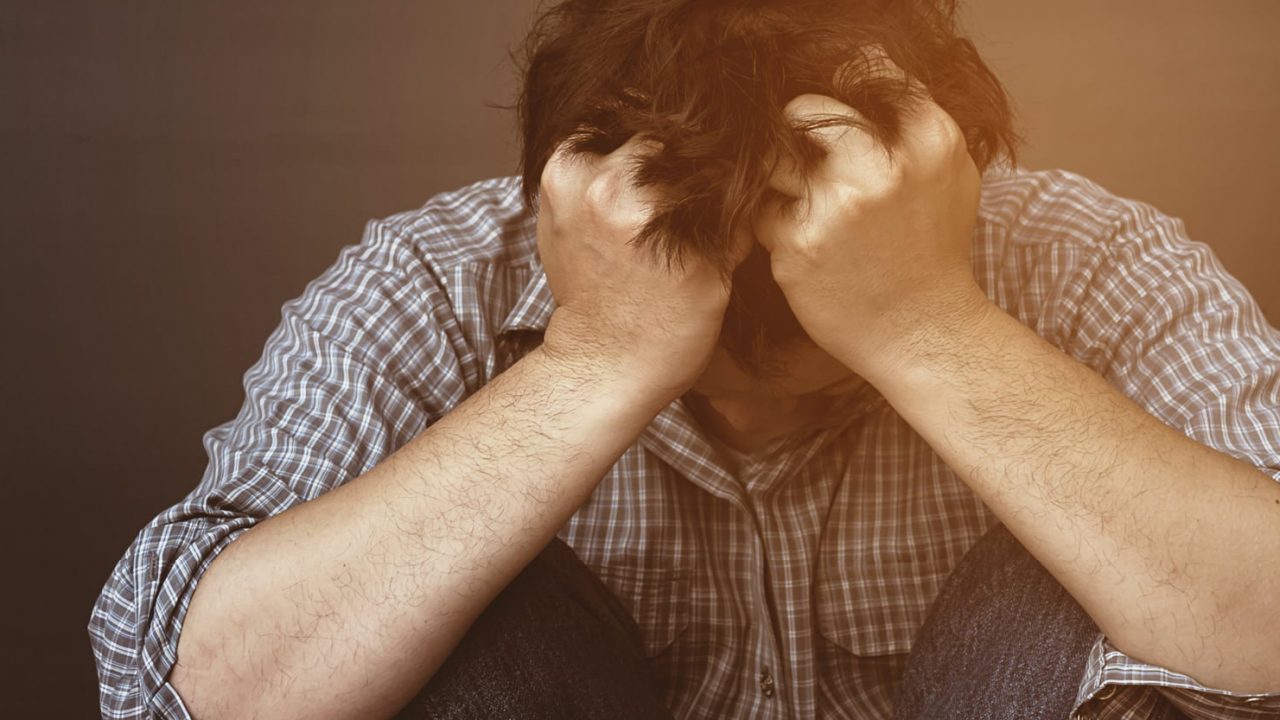 In one of the offices of the parliamentary police Michael R. had put up a flyer that showed the old imperial insignia of Prussia. This is supported by a right-wing and ultra-nationalistic group which believes in the spiritual awakening of Germany <– reminiscent of the Nazi’s Großgermanisches Reich.

Self-evidently, the organization also want to stop the alienation of Germany’s Aryan Volksgemeinschaft through foreign blood when establishing what it calls the Free State of Prussia – an authoritarian dictatorship based on Aryan blood and soil.

Right-wing extremist and policeman Michael R., for example, has tried to recruit new comrades-in-arms inside the parliamentary police by right-wing messages in his group’s chat room. Michael R. freely repeats his right-wing beliefs. As policeman representing the state of Germany, he even claims that he is not a citizen of the Federal Republic of Germany – a favorite ideology of the Reichbürger. He also believes there was no unification between East and West-Germany in 1990. These right-wing hallucinations reach as far as imagining that Germany is not a state but a company – akin to something like a “Germany Ltd.”
Not surprisingly, policeman Michael R. used to be with the Reichs-Citizens until joining Germany’s newest right-wing extremist party, the AfD. Some time after the ultra-nationalistic flyer affair that he had put up in the office of the parliamentary police, policeman Michael R. got into trouble with his superiors.
Subsequently, disciplinary action was initiated against the police officer in 2019 largely because of his right-wing extremist activities. Yet the initial suspicion that Michael R. is a right-wing extremist wasn’t confirmed and the proceedings were terminated – a rather unsurprising move when the police investigates itself.

Instead of being fired, right-winger and crypto-Neo-Nazi Michael R. is now chief of police. Michael R. is also active in the AfD – political party that is under close observation of Germany’s powerful secret service, the Verfassungsschutz.

On Facebook, he supports extremely right-wing and racist organization like the German Defense League, Pegida and No More Asylum in Germany. Michael R. is also a member of the right-wing splinter groups Patriots Brandenburg-Prussia and the Worldwide Resistance. It is not uncommon to find such Neo-Nazi organizations or groups that feature as recruiting grounds for Neo-Nazis.

Michael R. isn’t just a right-wing policeman in the ranks of parliamentary police. In online chats, he has pushed right-wing content for years. One picture shows German Chancellor Angela Merkel with a dog’s head with the sub-title the chancellor has been vaccinated. In another post, Merkel is called a traitor while other posts border on hate speech against ethnic minorities.

When asked about the responsibilities and duties of the parliamentary police, one policeman said in the end, we are the ones with the guns in the house and we have the key to the door. Another police officer recalls seeing a picture in an online chat showing a rifle. The chat called for violence against African people. It also depicted a rhythmical slogan (in German),

Another policeman remembered having seen a picture subtitled, The Führer would not have it. The message was spiked with anti-Semitic jokes such as how many Jews would fit in an ashtray – a very common line among German Neo-Nazis. Most of these online chat contents are, in fact, crimes in Germany. At the very least they should have incurred some sort of disciplinary consequences for people working in a civil service like the parliamentary police.

Much of this points to the existence of a disturbing right-wing, if not Neo-Nazi culture inside Germany’s parliamentary police. This is underscored by online chats using racist terms such as Kanacke, N****, and Schwarzkopf (black heads). These are commonplace in the parliamentary police – inside and even outside of online chat groups.
In Germany, xenophobia, outright racism, and even Neo-Nazism became particularly bad after the summer of 2015. At that time, many refugees came to Germany. Inside the parliamentary police, refugees were described as terrorists. Many of the parliamentary policemen showed contempt for the federal government whom they are supposed to serve. Nonetheless, they showed strong sympathies for the AfD – a political party that the conservative politician and CDU powerbroker Friedrich Merz once described as openly Nazi.
Several parliamentary policemen have admitted to having participated in rallies of the far-right and racist Pegida. An officer who regularly shouts racist comments is a high-ranking police chief and he is also a member of an army reserve battalion. He repeatedly entered offices of the parliamentary police showing the Hitler salute as a greeting, says a policeman who was present at the time. The Neo-Nazi also imitated the voice of Adolf Hitler. This is Germany in 2021 – not 1941.
When asked about this incident, other parliamentary policemen reacted a bit nervously but none denied having seen the Hitler salute – a criminal offense in Germany. On the phone to a newspaper reporter the police chief in question excused himself with the statement that he was watching a documentary about Treblinka and Auschwitz claiming, I would never do such a thing.
He also denies any racist statements, saying that he has enough friends who have black skin. When a newspaper journalist informed the management of the parliamentary police, the reporter was told the police chief and the other two policemen denied the incident and the matter was closed. Surprise, surprise.
Meanwhile, others in management say they know of two other right-wing extremist working in the ranks of the parliamentary police. One policeman prefers to wear a cap with an iron cross. The other man likes to send out right-wing messages in an online chat group. In both cases, these police officers are still on duty.
Again and again Germany has seen reports about right-wing radical chat groups inside its police authorities and its army. Yet the parliamentary police isn’t like an insignificant police station located in Germany’s hinterland. Its sole task is the protection of Germany’s parliament and its lawmakers in Germany’s capital Berlin.
The parliamentary police is not alone in securing the parliament: Several hundred additional doorman, ushers and other security staff also work for parliament. One of them who has been working for more than ten years at Germany’s federal parliament is, according to others, obviously a right-wing extremist.
He is an employee of the company Piepenbrock – a security company. On his computer, police found notes about African people. He said, they all stink. He talks about knife crimes which he allegedly experienced on his way to work. For African countries, he only uses colonial terms such as German South-West Africa.

There are at least two other extremists holding right-wing viewpoints. One is currently on leave from his position while working for the AfD. The doorman Patrick S. now heads the AfD parliamentary group while sitting for the AfD in a local council in Brandenburg.

On Facebook, Patrick S. wishes friends a beautiful Yule fest calling upon the hail and blessings to the old gods! Recommending that his political opponents should commit suicide, on his Facebook profile Patrick S. features with a combat knife while preferring to be dressed in army uniform.

These doormen aren’t just part of the semi-Neo-Nazi AfD; they have knowledge and contacts into Germany’s parliament that are highly sensitive. Worse, since parliament has introduced a special visitor service, members of Berlin’s right-wing extremist student fraternity Gothia have been working there.

Gothia is a pflichtschlagende Studentenverbindung – a semi-militia death squad. These men are linked through four common believes: they all believe in brutality, they support right-wing extremism, they engage in heavy drinking and hate women.
Not surprisingly, Gothia has also invited Holocaust denier Horst Mahler when celebrating so-called Burg-Abende – nationalistic get-togethers often involving heavy drinking, semi-SS-like rituals and the singing of Nazi songs. One of its member proclaims, we Germans proclaim Georg Friedrich von Preußen as German King while dreaming of German colonialism.
A Neo-Nazi comrade comments: Great! He signed his comment with, the new Deutsch-Südwestafrika Attaché a. D. von und zu M. It means that he sees himself as a future military commander of the to-be-invaded Namibia. Namibia is the country that German Neo-Nazis want to invade renaming it into German-South-West-Africa. Their future colony is to be run as an authoritarian and above all Germanic dictatorship flanked by Aryan death squads.
The Barricade is an independent platform, which is supported financially by its readers. If you have enjoyed reading this article, support The Barricade’s existence! See how you can help – here!
Also, you can subscribe to our Patreon page. The Barricade also has a booming Telegram channel, a Twitter account and a YouTube channel, where all the podcasts are hosted. It can also be followed in Rumble, Spotify, SoundCloud and Instagram.