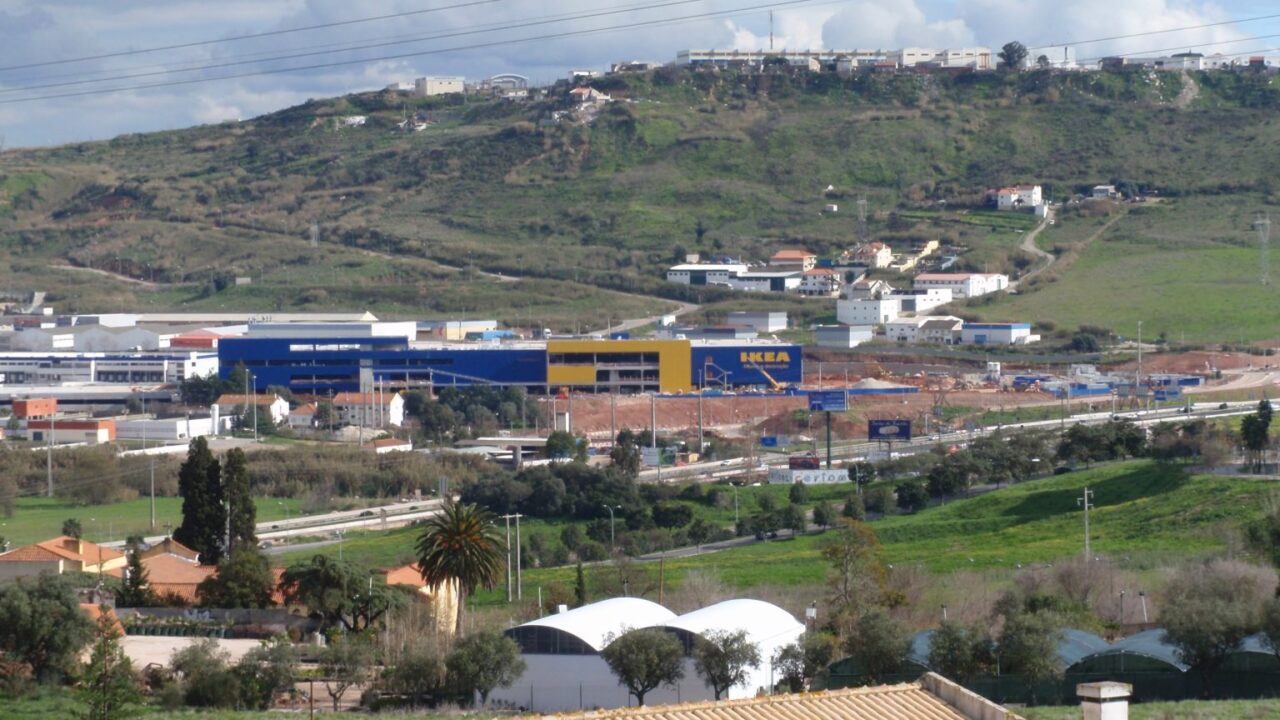 In the wake of the nine-month-old Russian war against the Ukraine, a country most take little note of has emerged: Belarus. Besides mistreatment, torture, and the death penalty, Belarus’ infamous form of capitalism is also linked to a corporation whose products we all  not just know  but might even have: IKEA. A few weeks ago, the website Politico.eu headlined an article with, Ikea suppliers accused of using forced labor in Belarusian jails.

Despite IKEA’s decade-old impression management and corporate branding to appear clean, nice – even lovely – modern, family-oriented, green, human, sustainable, socially responsible, etc., IKEA sells products made in Belarus prison camps. In the otherwise beautiful world of corporations, appearance and reality may not necessarily be the same.

The stark reality is that for many years, the IKEA corporation has sourced material from suppliers that use forced laborers in prison camps. IKEA also has a Nazi past, with IKEA founder Ingvar Kamprad a fascist furniture designer – something that is following him until his death.

Meanwhile, the BBC reported that his “Nazi ties went deeper” than many people thought. At the same time, the British Guardian noted that the Swedish police kept files on Ingvar Kamprad, claiming that his flirtation with Nazism went deeper than ‘youthful confusion.

The bookcase called Baggebo, the chest of drawers called Kullen, and a bed named Brimnes may well be among the nice furniture IKEA offers. But many of the bestselling pieces of furniture of the global furniture juggernaut IKEA – with one billion store visitors per year – have one thing in common.

Until the beginning of the Russian war against the Ukraine, they were produced in one of the worst dictatorships in the world – Belarus. How brutal the Belarus dictatorship is, is explained by, for example, Ales Bialiatski, recipient of the Nobel Peace Prize 2022.

After searching through hundreds of documents and interviews with dozens of witnesses, one of the best-kept secrets of the Swedish yellow-blue giant has been revealed. IKEA obtained materials that were made using forced labor of Belarusian prisoners.

In fact, the Belarusian business partners of the multinational corporation obtained, among many other things, IKEA’s timber cut down for products such as chipboard as well as some of its furniture from Belarus prisons.

The recently revealed “IKEA Files” also included lists of debtors issued by Belarusian penal colonies to be seen on their Internet pages. Unbelievable but true. All the more onerous for family-oriented and environmentally friendly IKEA is the fact that Belarusian labor camps make no secret of their “business” activities with IKEA. In the context of IKEA, the term “business” may well be the euphemism for forced labor. In other words, cheap furniture comes with a high – human – price.

Unsurprisingly, about half of the major Belarusian IKEA suppliers have had ties to penal colonies in the last ten years. Such cooperation can be explicitly proven for ten companies.

In many cases, these are very brutal, extremely inhumane, and forced labor camps, known for ill treatment, torture, and even the disappearance of inmates. All this happens a safe distance from IKEA’s greenwashing propagated in  its sustainability report.

The brutal reality of Belarus labor camps is in stark contrast to the corporate public relations, spin, and propaganda broadcasts by the Swedish corporation. In some of its product specifications, the furniture giant assures its customers that it does not resort to forced labor or prison labor in the making of its goods; corporate propaganda and reality appear to be worlds apart.

The unsuspecting observer might be tempted to think that IKEA should have checked better the origins of the goods that have been sold under the label Made in Belarus. The more astute observer might be reminded of the great Upton Sinclair, who said in 1935,

It is difficult to get a man to understand something

when his salary depends upon his not understanding it.

Perhaps it is equally difficult to get IKEA to understand something when its profits depend upon its not understanding it. Of course, the entire affaire – as so often – is driven by corporate profits of which IKEA has plenty. According to statista.com, In the financial year 2021, the global gross profit of IKEA amounted to about 12.88 billion euros. In other words, using prison labor is profitable.

On profit making, the more astute observer might be reminded of none other than Karl Marx, who was – as so often – hitting the nail right on the head in the following footnote in Das Kapital when quoting T. J. Dunning: With adequate profit, capital is very bold.

More than 150 years after this was written, IKEA shows that good profits in capitalism are still made, crimes committed – even against human rights – and slave labor still exploited, particularly in IKEA’s European branches.

When French investigative journalists visited an IKEA store in Metz in eastern France in March 2022, a few months later in Strasbourg and in Leuna, Germany, they found that Belarusian furniture was still found on the shelves. These products could possibly be associated with the forced labor of Belarusian prisoners.

At that time, the Swiss company Ikea Trading SA was commissioned to take care of the development of business in the country ruled by Alexander Lukashenko, the last autocrat in Europe. His country is also a Putin ally in Russia’s war against the Ukraine.

Long before that, in 2007, another, almost invisible company was founded in the Netherlands: Ingka Belarus BV – the Belarusian subsidiary of Ingka, the logistics branch of the Swedish concern.

Despite its recent claims to “pause business operations” – pause! – in the twenty years after 1999, the Belarusian state, which owns almost 100% of the country’s forests, became the second largest supplier of wood, after Poland, to the furniture multinational.

IKEA’s Go Belarus was the name given to the corporate strategy that allowed the IKEA corporation to almost “triple” its local purchases – from €130 million in 2018 to €300 million in 2021. At the same time, the ever-increasing oppression of the Belarusian population and the brutality of a regime that executes its condemned with headshots did not lead to any change at IKEA – not even in the company’s impression management.

Among the corporation’s long-standing partners that work particularly closely with the Belarusian prison system is the textile company Mogotex. The company, located in the eastern Belarusian industrial city of Mogilev,– sews products for IKEA, including tablecloths, curtains, and towels.

Mogotex is said to have collaborated with at least four penal colonies. A list of debtors shows that Mogotex is supposed to have cooperated with the IK-15 labor camp in the summer of 2021. IK-15 is a place of absolute horror, where Lukashenko’s executioners act as they please.

The 19-year-old Tsikhan Kliukach was imprisoned there for ten months, from May 2021 to March 2022. The young man’s crime? He had taken part in a demonstration against the government in Minsk.

According to Kliukach, the political prisoners in this penal colony were treated particularly harshly, many political prisoners were beaten, including me. We were denied parcels, the right to correspondence and visits. Many of us ended up in a solitary cell. I spent a total of 55 days there.

Kliukach explains that prisoners who were detained for ideological or political reasons had to wear a yellow patch on their chest. In October 2022, the Belarusian NGO Viasna listed 94 political prisoners in the IK-15 prison. Although Kliukach said he did not know for which companies’ things were produced in the prison factory, it wouldn’t surprise him if IKEA was one of them.

According to a report by several NGOs submitted to the UN Committee against Torture in 2018, the methods used in this colony have led to the death of at least one prisoner – Alexander Lembovic. Relatives had filed a complaint on suspicion of refusing adequate medical care. This was dismissed by Belarus judiciary.

Another NGO reported on the case of Artyom Anishchuk, a political prisoner at the same penal colony who is said to have swallowed metal objects in order to put an end to torture and beatings.

According to a list of debtors, IKEA supplier Mogotex also bought textiles from the IK-2 youth prison in 2019. The camp – based in Babruysk, a city of 200,000 in the center of the country – is known for its particularly degrading methods. These went so far that the head of IK-2 was on the EU sanctions list between 2006 and 2014 because of the inhumane treatment of political prisoners at that time.

Recently, the Lithuanian NGO Our House denounced the working conditions of the inmates of IK-2 – a modern-day gulag. Labor prison inmates receive two to five rubles per month – that is, less than two euros. The average wage in Belarus in September 2022 was 1,637 rubles, the equivalent of about €600 or $634.

Various IKEA trade unions had called on the company to stop its business with Belarus by 2021. Unions are also calling for an independent investigation into IKEA’s suppliers in the country to determine whether they comply with human and labor rights. German supply chain expert Martin Müller agrees. He sees it this way: Now there has to be an investigation.

In view of the information outlined above, the Swedish IKEA corporation should have ended its cooperation with the dictatorship years ago. It should not have given out more impression management. However, corporations are notoriously reluctant to admit the truth – the truth about their wrongdoing and criminality.

This is all truer when one considers that this is not the first time IKEA has been associated with inmate labor. In November 2012, IKEA was forced to admit that it had employed political prisoners in the former East Germany in the 1970s and 1980s – for the glory of socialism!

At that time, IKEA’s general director of the German subsidiary was, as he said, deeply affected by the revelations. He also said, IKEA has not accepted and will never accept that political prisoners are used in production – a promise IKEA did not keep for over ten long years. Instead, IKEA delivered the usual travesty of corporate public relations and impression management. Happy IKEA shopping!

This article was originally published here.

From Belarus, with love…