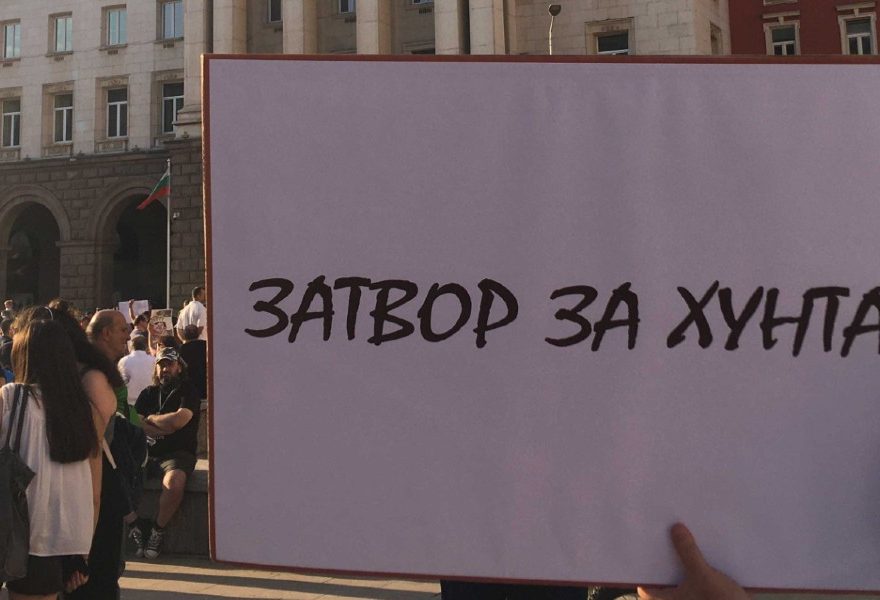 The mass protest movement is here but what chance does it have of achieving substantial change?

Some of you may have seen here and here that there is a lot of political turmoil currently happening in Bulgaria. The people are revolting against a government that has been in power for ten of the last eleven years. But is this a revolution and what can we expect from this? While the current government’s downfall is bound to happen sooner or later, this is hardly the dawn of a new era.

Let me explain. Bulgaria is the poorest of all the European Union (EU) Member States. It has a mafia-style government wherein almost all decisions have to be approved by the ’Boss’ who also happens to be the Prime Minister. And the mafia comparison is in no way a stretch of the imagination —just recently, photos were released where the Prime Minister of Bulgaria Boyko Borisov is asleep with a gun by his side and a drawer full of 500 Euro notes. A scene infinitely more suitable for a Scorsese film than for contemporary European politics despite all its pretentious language and glitz. After countless corruption scandals, a lot of people are finally fed up and want the ruling party, the GERB (Bulgarian acronym for Citizens for European Development of Bulgaria) (а member of EPP (European People’s Party)) gone for good!

The ball was set rolling when the leader of the Right-Wing /Liberal coalition Democratic Bulgaria (also a part of the EPP) Hristo Ivanov staged a highly-publicised attempt to enter the illegal beach mansion of Ahmed Dogan —a shadow partner of GERB, power broker and the epitome of Bulgarian political corruption, who operates through Delyan Peevski, a questionable businessman and one of the richest people in the country. Meanwhile, the Chief Prosecutor (appointed by the ruling party GERB) attempted an attack on the President, which many saw as unconstitutional.

These exchanges prompted tens of thousands of people back in Sofia and other cities in Bulgaria to protest through the days that followed. But while those initial protests were very diverse in their makeup and huge in numbers, they have considerably waned in the last few days. Fatigue isn’t the only contributing factor. The so-called “Urban Right” —hailed as the progressive part of Bulgarian society by corporate media— has privatized the protests, and has led many people to abandon them altogether.

Ironically, “progressive” is the last thing you’d call Bulgarian Right-Wingers. For instance, Leftists and LGBTQ+ people are not really welcomed at the protests and some in the queer community have even been threatened with violence. In one notable incident, the leader of the Bulgarian Socialist Party was also chased down the street with cries for his resignation —even though his party is not in power! Unions were targeted too, for their alleged “non-support” of the protests. But according to Neoliberal Bulgarian Law, Unions are prohibited from engaging in political activity.

Also, instead of talking about the staggering inequality and poverty rates in the country, most speakers at the protests revel in bashing the eternal boogeyman: Communism —30 years after its fall! Quite baffling in a country with a 10% flat tax and one of the weakest safety nets in the entire EU.

The boundaries of the Liberal Imagination

All of this, coupled with mostly performative acts like throwing toilet paper or quail eggs at empty government buildings, showcases why this is not a revolution. We are yet to see how it all unfolds, but in any case, it will be no more than a changing of the guard. The (neo)liberal Right simply cannot accept that this is the logical consequence of all the neoliberal reforms Bulgaria has endured over the years and insists that changing the people on top will change everything. However, the system which produces oligarchy and corruption will remain intact, even with some minor fixes it can easily accommodate.

It increasingly looks like the Right will continue to dominate protests to serve its own agenda, even if that means pushing the majority of the people in the country away. Thus, we cannot really speak of the opposition when discussing events occurring in Bulgaria. Rather, this is a competition —we will remain “committed to Euro-Atlantic values” and the push to deregulate as a consequence— thereby impoverishing workers as it ever has. The only struggle comes from who will oversee it. Western powers just love to meddle in Bulgarian politics, but this time have remained mostly silent. They know that whatever happens, their interests will most likely remain protected. The limits of the liberal imagination will not allow for any other outcome.

The leaders of “Democratic Bulgaria” in the square

The need for an alternative Left

Again, the situation shows the desperate need to challenge the status quo from the Left. The Bulgarian Socialist Party cannot offer it, over the years it has cleansed itself almost entirely of anything remotely socialist within its ranks. So, something new has to emerge from the Left. But while I remain pessimistic on the chances of success of such an uprising, other leftists feel differently. Julia Rone, a researcher at Cambridge University and the author of an upcoming book on European protest movements, commented for The Barricade: “These protests are the beginning of a concerted effort to get the State back from the Mafia. They were started by an unthinkable and unprecedented common action between people supporting the President Rumen Radev, chosen as an Independent candidate but with the support of BSP, and the people supporting the Liberal Right candidate Ivanov. This is an unprecedented historical alliance that will, of course, fall apart. What is more, it must fall apart because there are strong ideological differences between the different participants. A proper ideological debate and the establishment of proper Left-wing and Right-wing parties is the best Bulgaria can hope for, after more than a decade of a Neoliberal and Conservative thought monopoly in all major parties, including the former Socialist Party. But none of this can happen if there is no radical institutional change, including the resignation of the Chief State Prosecutor. This is what’s at stake now”.

Photo: A protester with a sign “Jail the junta” in front of the Council of Ministers (source: Georgi Hristov) 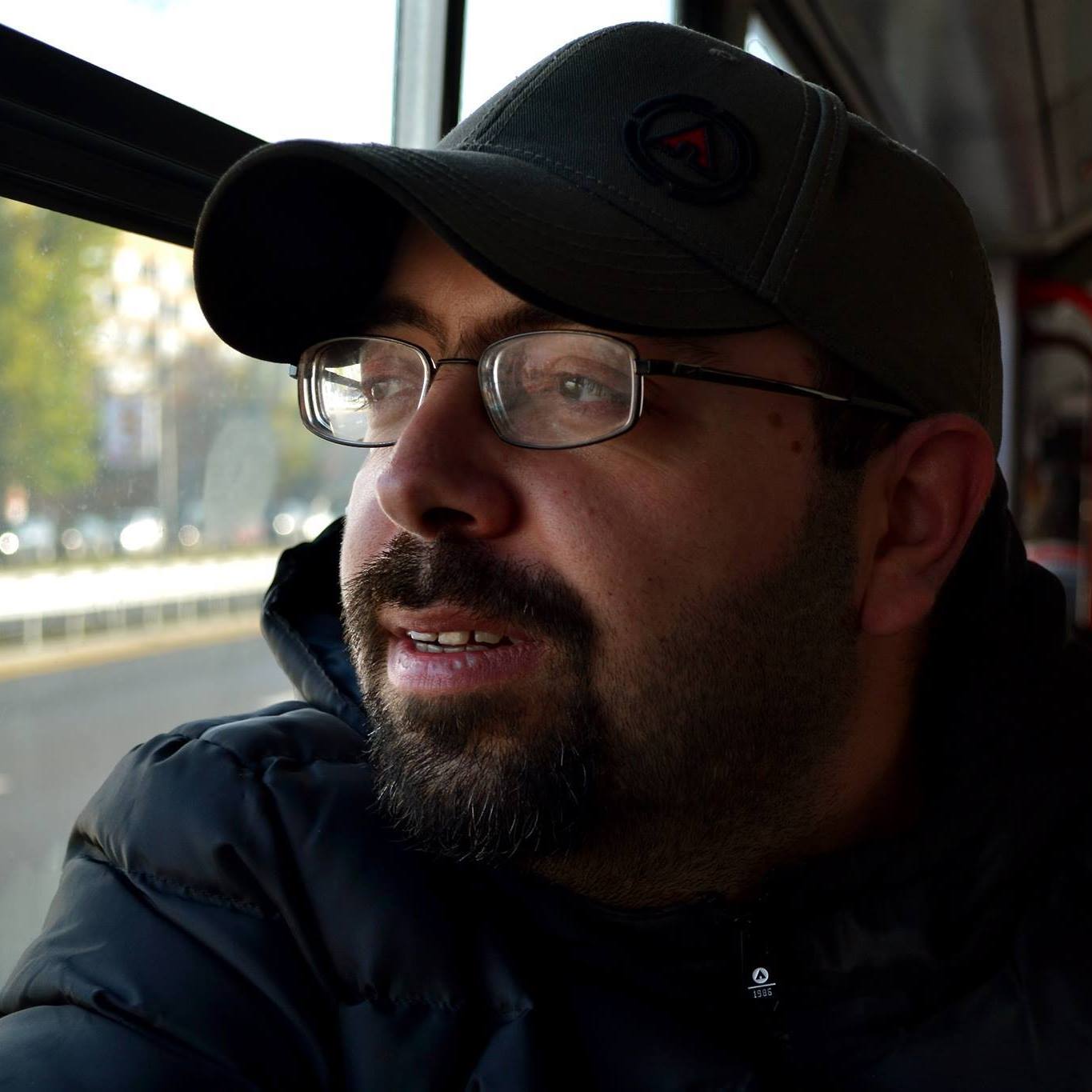