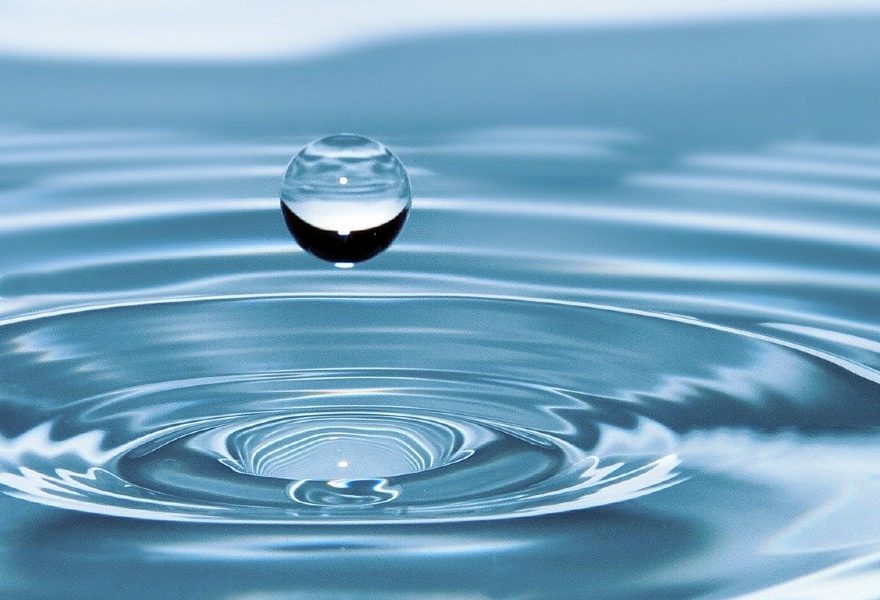 28 July 2020 marks the tenth anniversary of the UN resolution, which recognises the human right to drinking water and hygiene. Why water should be commong good?

This article was published on 28 July 2020 in a number of international media and agencies. The Barricade has repbulished it from the Italian agency Pressenza.

On July 28 this year we “celebrate” the 10th anniversary of the UN resolution which recognizes the human (universal, indivisible and imprescriptible) right to drinking water and hygiene. Unfortunately, the situation is such that this decade has passed as if the decision approved by the highest political organization of the international community had not taken place: 2.2 billion people do not know what drinking water is and 4.2 have not access to toilet facilities; more than 9 million children under the age of 5 die each year from diseases caused, among other things, by the lack of clean water. Hand washing is an impossible act for hundreds of millions of human beings, with the well-known consequences of this pandemic period (1)!

Water suitable for human use has become increasingly scarce: many of the most important rivers, lakes and aquifers in the world are dying, dried up by water withdrawals much higher than their natural renewal capacity (in quantity and quality), poisoned by pollution and contamination, suffocated by waste…Structural droughts are affecting an increasing number of regions of the world (including even Amazonia!). The land is turning into a desert and the devastation of the forests plays a decisive role in this regard. Finally, several major cities in the world (from New York to Nairobi, from Tokyo to Dhaka…) are seriously threatened by floods due to water level rise. Jakarta, for example, is already in the process of being abandoned (2).

In this context, speaking of the right to water and sanitation is an understatement. On the other hand, “experts”, political leaders and entrepreneurs, do nothing but talk about the scarcity of water in the world. With an obvious mystification, they blame the scarcity on the growth of the world population and climate change (which is only minimally correct). They forget, however, to mention the decisive role of the dominant world economy, which drains the planet’s resources until they are exhausted, and the role of our social systems based on the thirst for power and private wealth, favored by a warlike technological development, violent and predator of life. In the face of a scarcity of water that is given as inevitable, the dominant social groups indicate the way to salvation in a path of resilience, of ability to resist and adapt to the shocks caused by shortage. Under current conditions, however, resilience is only possible for those with a great technological and financial capacity (3). Can you guess which countries and which social groups will be resilient in the coming decades?

According to the United Nations, the right to water, to water for life, translates concretely into the availability of 50 litres of drinking water per day per person for domestic use and 1,800 m³ of water per year per person for all the combined uses. However, the very concept of the human right to water, which is equal for all and justifiable, has been replaced in the last 30 years by the concept of fair access to water at an affordable price. With the concept of “fair access at an affordable price” there is no obligation for the State any longer. We leave the field of law to enter the field of water needs to be met on the basis of the possibility of individual consumers to access them economically, politically and socially. The “affordable” price of water is a discretionary power in the hands of water service operators who set the price of water in such a way as to guarantee profits (4). Currently, whether they are private or “public”, the managers make money with water for life!

This profound cultural and political change has been possible thanks to the combination of four structural transformations: the commodification of life (everything has been reduced to goods: seeds, water, public transport, knowledge, health, housing, plants, animals, human genes…); the privatization of all goods and services (nothing has escaped this process, including money, which has ceased to be a symbol par excellence of the sovereignty of nations and states); the liberalization and deregulation of all economic activities in the name of free governance between interest holders (the famous “stakeholders“) and, finally, the financialisation of the economy which has subjected the main decisions on the allocation and use of the resources available to short-term productivity and efficiency financial logics. Human beings themselves have been reduced to “human resources” in order to be exploited to the maximum of their economic performance, despite and beyond human rights.

As a result, there are no longer any common goods and real common services, nor even real public goods. In 1980, the United States Supreme Court legalized the patentability of living things for private and commercial purposes. The patentability of algorithms (Artificial Intelligence) became common practice in the 90s. The private sector has thus obtained the recognition of over 50,000 patents on life. Idem in the field of AI. In 1992, at the Dublin International Conference on Water in preparation for the first Rio de Janeiro Earth Summit, the final resolution stated that water should no longer be considered a social good, a common good, but a private, economic good, subject to the rules of the market economy. The thirst for water for human life has been replaced by the thirst for water for economic activities for competitiveness and profit. Even worse, during the Second Earth Summit in Johannesburg in 2002, it was declared that nature should be given a monetary value by calculating the costs and benefits of “environmental” services provided by nature. The monetization of nature (nature pricing, nature banking) and the patentability of living beings have killed every form of economy of the common good, public goods, of social and solidarity economy outside of micro-projects.

Control of life has slipped from the hands of public authorities. Agricultural, health, information and technological development policies, as well as “sustainable development” and water security policies, no longer fall within the sphere of state sovereignty. They are much more dependent on the interests of large global private groups such as Suez, Vivendi, Big Pharma, GAFAM, but also of mining oligopolies and, last but not least, of large financial groups (banks, insurance companies). One of the most profitable growing activities in the water sector is the insurance sector in the face of meteorological changes (tourism activities, agriculture…) and “climate accidents” (drought, floods…). The more uncertainties redefine planet’s water, the more the market value of the water itself rises. In the dominant “logic” of financial speculation, it is clear that the more water scarcity is confirmed, the more the economic value of water will increase at the expense of its value for the global community of life on Earth.

Goodbye to the effective universal right to water? Yes, if the collective principles, policies and practices we have described are not reversed. Society and the State must be freed from privatization and financialisation. It is necessary to build the society of common goods and world cooperative public goods. It is urgent to build the global public political system based on shared and joint collective responsibility for the protection, care and promotion of life and the rights to life, and therefore to water for all. The re-municipalization of water is fundamental for the construction of a global public policy, provided of course that it is a real municipalization whose management is financed through general taxation and not by means of the revenues generated by the sale of water services, albeit at affordable prices.

In any case, the future of water and the right to life cannot be realized through technological water (5), but only through a new era of common engineering creativity and political and social culture guided by the desire to live together in the respect for the Mother Earth.

(4) In the framework of the 17 Sustainable Development Goals of the UN Agenda 2030, water is Goal 6, which reads: “6.1: By 2030, achieve universal and equitable access to safe and affordable drinking water for all https://www.un.org/sustainabledevelopment/water-and-sanitation/. No reference is made to the right to water.

Translated from Italian by Ilaria Cuppone

Doctor of Political and Social Sciences, honorary degree from eight universities: in Sweden, Denmark, Belgium (x2), Canada, France (x2), Argentina. Professor emeritus of the Catholic University of Louvain (Belgium); President of the Institut Europeen de Recherche sur la Politique de l’Eau (IERPE) in Brussels (www.ierpe.eu); President of the “University of the Common Good” (UBC), a non-profit association active in Antwerp (Belgium) and Sezano (VR-Italy) From 1978 to 1994 he headed the department FAST, Forecasting and Assessment in Science and Technology at the Commission of the European Communities in Brussels and in 2005-2006 he was President of the Apulian Aqueduct. He is the author of numerous books on economics and common goods.