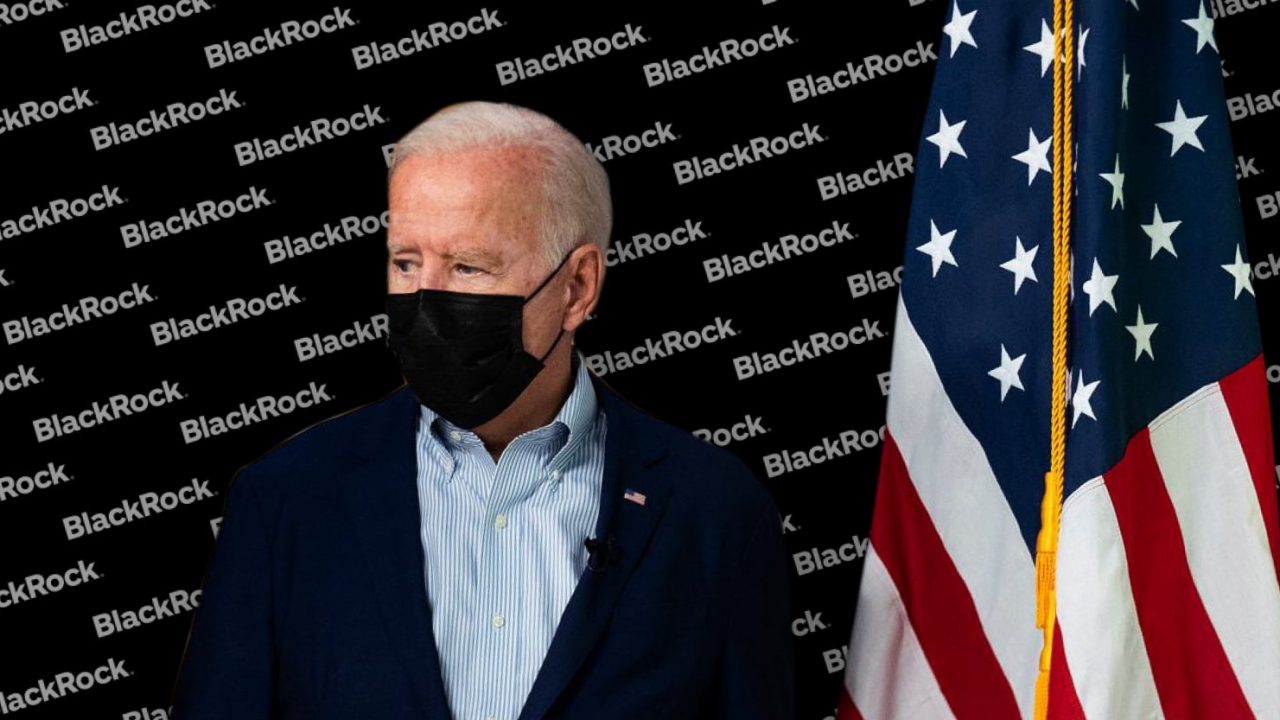 Not many reject the notion that investment firm BlackRock wheels tremendous power. BlackRock may not operate in the open but its hidden power is most influential. It even has power not just “over” but, also “within” the US government. Under Obama it had begun, under Trump by no means it stopped, and under Biden it might well flourish.

Biden has long been the unassuming lobbyist of one the world’s largest financial oasis – the US state of Delaware. This is not silly politics but it gives America First a very different meaning. As soon as it was clear that Joe Biden had won the US presidential election, he brought Brian Deese on board. Deese was the head of BlackRock’s department for global sustainable investment. He became chief economist of the president.

Being part of the global good doing elite, BlackRock boss Lawrence Fink is considered to be one of the spokesmen of world capital on sustainability as his 2021 CEO letter makes clear. For Biden, sustainability should also become the trademark of his government.

Shortly thereafter, came the second nomination: Wally Adeyemo. He was the chief adviser to President Obama on international economic relations. He then joined BlackRock as head of Fink’s office and has been President of the Obama Foundation since 2014. Today, he is the Deputy Secretary of the Treasury under Biden.

Then, followed the third nomination: Michael Pyle – supporter of neoliberalism. He was in-charge of international financial relations under Obama at the Treasury Department. Then, he became head of global investment strategy at BlackRock. And, now he is the chief economist for Biden’s Vice President Kamala Harris.

These are just a handful of examples showing how the revolving door of US capital democracy works. You move from BlackRock to government, from government to BlackRock and back again – and so on.

Yet, Biden himself is not an exception to all this. Biden is not just a University of Delaware graduate and a former and very long-serving Delaware senator (1973–2009), Biden is also a lobbyist for the largest financial oasis on earth – the state of Delaware.

As a 29-year-old business lawyer, he had applied for this office and held it for a whopping 35 years. The mini-state of Delaware – with less than a million inhabitants – remains the largest financial oasis. Not too uncommon for tax havens, the number of letterbox companies that exist in Delaware is at least twice as high as the number of voters – Biden voters.

Almost all large companies and banks in the USA have their legal and tax domicile here or, at least have subsidiaries listed in the state. These mailbox companies in Biden’s home state are managed by top-dollar-earning trustees. Self-evidently, this is the defining industry of Delaware.

Tens of thousands of tax-avoiding companies, corporations and banks from all over the world – from Ukraine, Germany, France, Great Britain to Mexico, etc. – have their legal headquarters set up in Biden’s Delaware. The list, of course, incudes Germany’s Deutsche Bank. Its holdings alone shows several dozen letterbox companies in Wilmington. Wilmington, as a small capital of a small state, resembles something like a Luxembourg of the USA – as Delaware is rather often called. This avoids the less flattering term, Cayman Islands of the USA.

In reality, Biden’s Delaware is worthy of his Royal Highness the Grand Duke Henri of the Luxembourg-Nassau dynasty’s Luxembourg. As Luxembourg is so central for European companies and corporations, the same can be said for Delaware and US companies and corporations. In Delaware, the Biden clan rules with Senator Biden. Son Beau Biden became Attorney General here without making any special effort. Son Hunter Biden acts as a busy financial speculator in Ukraine, among other places. If necessary, daddy Biden also campaigned for him on the ground in Kiev.

Not surprisingly, the love between tax-saving companies and corporations and Joe Biden is mutual. Contributing to Biden’s election campaigns are plenty of IT corporations such as, for example, Alphabet/Google, Microsoft, Amazon, Apple, Facebook, Netflix, etc. Yet, there are also JP Morgan Chase, finance company Blackstone and the Walmart clan.

But other companies in Delaware also promoted their influential senator, including credit card company MBNA and John Hynansky, who dominate the export of premium SUVs to Ukraine. Surprisingly Joe Biden, as a senator in Washington, always voted with the Republicans on important deregulations of the financial sector.

Meanwhile, with the generous help and kind assistance of Senator Biden, Delaware has become the largest financial oasis in the world. This also includes an extremely liberal corporate constitution, i.e. extremely low liability and, of course, a corresponding judiciary. Indeed., the Washington-based BlackRock also has its legal headquarters in Wilmington/Delaware – who would have thought!

BlackRock boss Fink has been vocal on matters of climate change, urging other companies’ leaders to consider the associated risks. In line with large sections of the global elite, Fink believes that global warming has become a defining factor in companies’ long-term prospects.

Next to its carefully crafted environmental PR façade, BlackRock owns a stake of 5% (or more) in nearly 98% of firms in the S&P 500 index – basically all! These corporations include Apple, Microsoft, J. P. Morgan Chase, Wells Fargo, etc. The list goes on. Why 5%? Because owning 5% of a company’s shares is just about enough to give any shareholder a major influence. This is what BlackRock has.

In other words, BlackRock is a firm that owns shares of other firms. Of course, it is the largest of such firms. BlackRock also remains the biggest of the so-called Big Three of asset management funds — BlackRock, Vanguard, and State Street. Together, these three companies are the largest shareholder in 88% of the companies in the S&P 500 index. Beyond that, they control a whopping 40% of all publicly-listed companies in the United States. This is the power of financial capitalism.

What truly serves the interests of the institutional investment of financial capitalism isn’t about assuring that this or that company is performing. More important is maintaining confidence in capitalism. This defines social and, more importantly, the economic production and reproduction of capitalism. It testifies to propaganda, i.e. public relations mastermind, Edward Bernays’ dictum,

The significant revolution of modern times is not industrial or economic or political, but the revolution which is taking place in the art of creating consent among the governed.

This article was published on BuzzFlash on 23 August 2021.
The Barricade is an independent platform, which is supported financially by its readers. If you have enjoyed reading this article, support The Barricade’s existence! See how you can help – here!
Also, you can subscribe to our Patreon page. The Barricade also has a booming Telegram channel, a Twitter account and a YouTube channel, where all the podcasts are hosted. It can also be followed in Rumble, Spotify, SoundCloud and Instagram.