Poland: The Supreme Leader up for a violent confrontation? 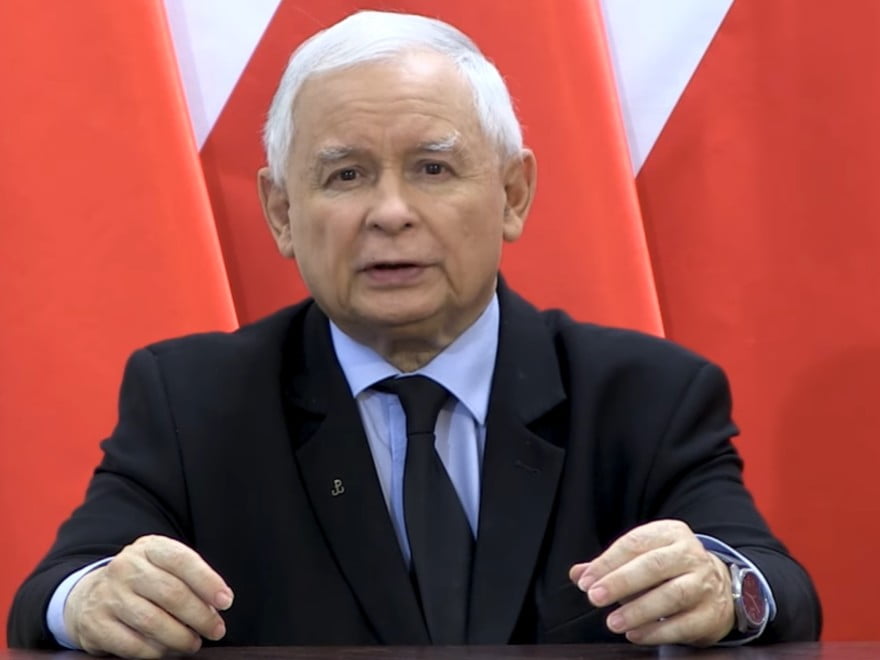 The chaos from the streets leaked into the Polish parliament yesterday. The leftist MPs blocked its upper chamber, demanding immediate inclusion in the current work of parliament regarding a bill allowing unconditional abortion allowance until the 12th week of pregnancy. Meanwhile, the street protests got larger and larger, and the number of towns and even villages where demonstrations are being organized is increasing by the hour.
The main transit arteries in all the big cities were totally blocked yesterday, from afternoon until late at night. Polish youth were joined by taxi drivers, farmers and allegedly even by some football fans in Warsaw and Szczecin, as well by several policemen in the city of Kraków.
This kind of national union is unique, as is the open, direct, radical and determined mood of protestors, against the Catholic Church. At the same time, the Law and Justice chairman, the dictator of the political process in Poland, the one making all the decisions, is in dismay. He was quiet for the last couple of days, but today he finally decided to deliver a special proclamation. We saw an old panicked man raving about how, “there was no other way for the Constitutional Tribunal to decide,” how the protesters “seem to be coordinated and trained”, how they are “devastating the Polish nation”, how they are a “deeply nihilistic crowd”, and how, if the demonstrations continue, “Poland as we know it will soon be over.” He is pretty damn right about the last one!
He also called upon “all the Poles,” “active patriots” and the supporters of his party to “defend the churches” from “radical leftist vandalism.” That strangely coincided with yesterday’s announcement by one of the far-right extremist groups in Poland that they would “establish the National Guard” which would (you guessed it), “Protect the churches against the ultra-left revolution taking place in Poland.”
Well, as for me, I certainly wish it would have been the Polish Red October this year. It’s still good enough, though! Obviously, Kaczyński hopes to wipe the protesters off the streets, unleashing far-right hooliganism. We went to a very dark place!
Solidarity with Polish women!
Photo: Jarosław Kaczyński – the Supreme Leader of the Polish conservative revolution (source: Facebook)
The Barricade is an independent platform, which is supported financially by its readers. Become one of them! If you have enjoyed reading this article, support The Barricade’s existence! We need you! See how you can help – here!