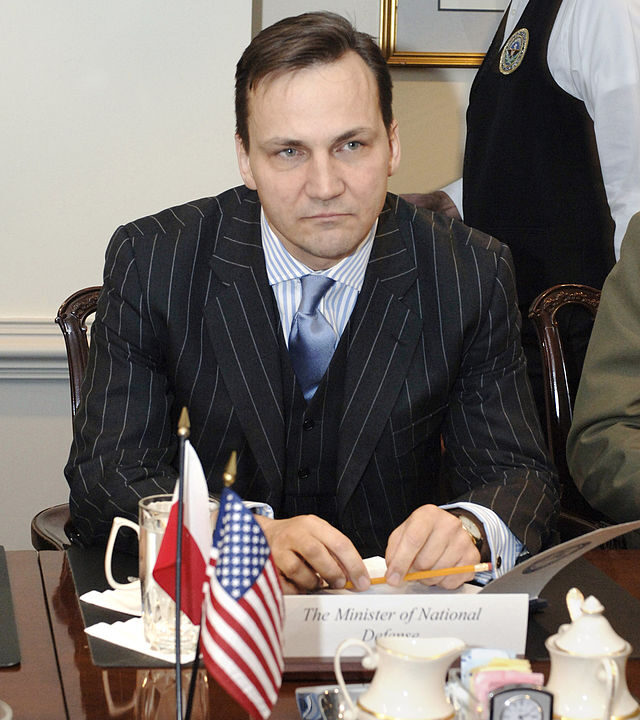 Politicians in countries aspiring to be democracies or presenting themselves as such, for the most part, try to maintain a semblance of subservience to their constituents. Those in high positions in national administrations (prime ministers, presidents, and ministers) sometimes go out of their way to emphasize that they work for the good of society. Of course, the more astute political observers recognize that this is a deceptive and meaningless game. Mostly a theater. It does, however, work the majority of the time.

In Poland, there is a fellow named Radek Sikorski. For decades, he has been a powerful right-wing politician. In Poland, he served as Minister of Defense, Minister of Foreign Affairs, Deputy Prime Minister, Speaker of the Sejm (lower chamber of the Polish parliament), and other positions of responsibility. Nobody should overestimate the importance of high-ranking Polish bureaucrats in general, but Poland is a large country with 40 million people, so it is not completely unimportant in European terms. Each of Sikorski’s decisions in each of these positions had an impact on each and every one of those 40 million citizens. Later, when Sikorski signed guarantees of an agreement between the legally elected President of Ukraine and the Ukrainian citizens protesting on Maidan, he added to his own importance internationally. Those guarantees were literally thrown out the next day, paving the way for the putsch. He is now a Member of the European Parliament (MEP), representing his principals.

Sikorski is still regarded as a serious politician whose opinion is valuable and should be considered. Not only the Polish mainstream, but also international opinion, believes this. That is why Sikorski’s words the day before yesterday, “the West has the right to give Ukraine nuclear warheads to protect its independence,” reverberated far more widely than the author of this nonsense deserves or even expected.

Polish politicians’ intellectual, political, and moral weakness, which I frequently speak and write about, is demonstrated in this case by their reactions to Sikorski’s statement.

‘Awkward,’ ‘misstep,’ ‘slip of the tongue,’ ‘rhetorical figure,’ and so on. Such reactions demonstrate that they are neither qualified nor imaginative enough to perform functions other than, as the Polish proverb goes, accompanying hens when they want to piss.

Of course, it’s impossible to rule out the possibility that Radek Sikorski is an intelligent man who understands what he’s saying. If that is the case, he should be aware that by saying this, he has increased the risk of a nuclear war in Europe and around the world to a dangerously high level. As a result, he implicitly assumes that it is worth risking humanity’s existence in the name of some goals that are only known to him.

This world is far from perfect, especially with the capitalist system in place, but someone wisely observed that weapons of mass destruction should not fall into the hands of countries where the ruling elites have clearly lost their minds and believe that playing with nuclear weapons is something you can do on the spur of the moment when you believe your enemy, real or imagined, deserves to be hit hard. Furthermore, there has recently been a lot of discussion about how some people hold views that are so morally repugnant that decent people should not give them a platform or engage in debate with them.

As much as I disagree with this viewpoint, I believe that the location where people like Radek Sikorski should be kept must be isolated and closely guarded.