From modern despair to traditional slavery 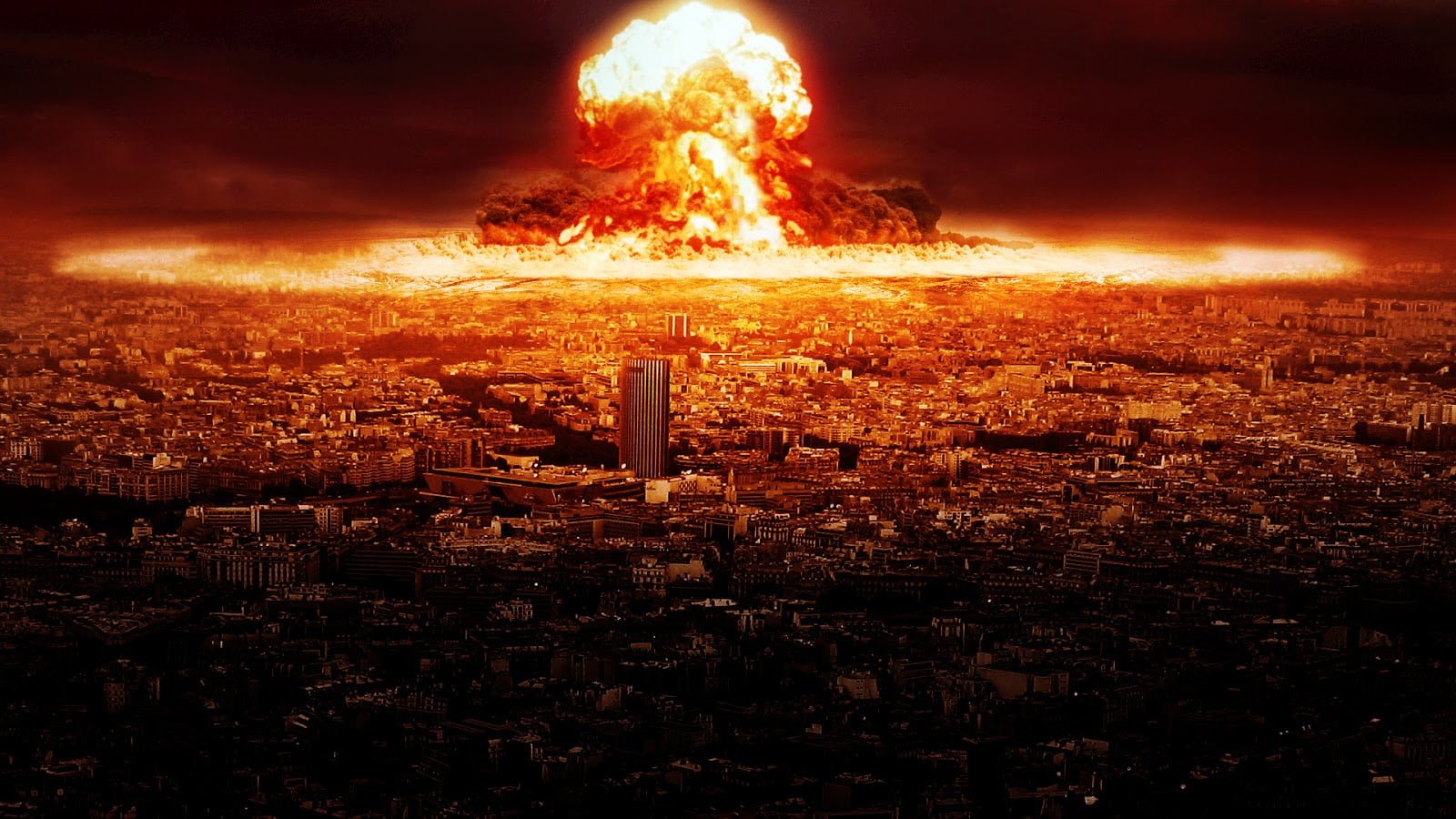 The news about Bulgarian seasonal workers being treated like slaves in Italy grasped the headlines recently. This time the topic boils for a bit longer as the news were followed with an extensive reportage by the Bulgarian journalist Polina Boteva of the bTV channel.
The background is a classical one. The horrors occur in the vicinity of the Italian town of Foggia, but it all begins in Bulgaria or – to be more precise – in the most impoverished regions of that country, where the standards have long ago dropped to third world levels. Let us clearly bear in mind that we are likely talking about either the darkest or second to that spot in the EU. Bulgaria, despite its oh-so-prized membership in the EU is a failed state largely.  The average wage, a figure that includes the top salaries, stands at 521 Euros, even according to researches done by business-oriented centers. However, the low skilled workers have the chance to earn the maximum of c.a. 631 BGN (322 Euros) per month. Moreover the minimum officially paid to low-skilled employees last year stood at 604 BGN (308 Euro) while the top pay roll figure has been just the same as now. Alas, in 2017 the lowest wage fell to 581 BGN (295 Euros). At the same time picking olives in Italy earns one somewhat 30 Euros a day. This means no more and no less than 10 days of slavery equal the maximum monthly wage a low-skilled worker could officially make in Bulgaria. Things get even worse if we bring the minimum wage in the picture. We are talking about a shocking figure of 460 BGN (235 Euros), which equals to merely eight days of terrible exploitation on the fields of Southern Italy. Worth noting – 460 BGN is just 30% above the existence threatening poverty line of 314 BGN; another words, your economic status is better than those facing starvation by ⅓. On the very top of the cake one could add it took a great deal of struggle to actually get to this miserable point.
Obviously, this drives people out in great volumes. If we take the official statistics brought by the Eurostat for 2015 the paysage is really bleak. The total number of Bulgarians working abroad is bigger than their homeland’s entire workforce at the moment. As of 2015, some 2.5 million people born in Bulgaria work outside the country, with their contributions sent home amounting to nearly 2 million Euros (in an economy of around 40 billion Euros). To compare, the active population in Bulgaria’s labor market totals 2.2 million and this number is constantly falling.

Also, the number of Bulgarians leaving the country every year has varied between 13 000 and 24 000 every year since the beginning of the decade. Of them, 55% are aged between 20 and 29. While emigration from Bulgaria accelerates, according to IMF researches, it slows down in other Eastern European countries.
But not everybody can leave for good. Some of those however, make it half way and end up in places like Foggia, Italy as seasonal tomato pickers.
Surely, their, as sociologists like to put it, ‘cultural and educational capital’ is very low. Another words – most Bulgarian tomato pickers in Foggia do not speak the language, do not know how to get around let alone to find a job on their own. They depend fully and totally on the person who brought them. In Boteva’s reportage they call him ‘caporal’ (It. caporali, milit. corporal). As this person deals with everything – from their arrival, through their accommodation in trailers and sheds, to getting them employed – he is the master of their life and death. In most cases he would confiscate workers’ passports or IDs. Right afterwards the mayhem starts. They are forced to live and work in inhumane conditions and are constantly abused. The locals in Foggia told Boteva that such ‘caporals’ are one way or the other connected to the local mafia.
Up until two weeks ago somewhat 1,000 Bulgarians lived in a such a plight. The discovered ghetto was located in the province of Foggia in the south of Italy. There were no proper houses, everybody lived in sheds and manmade huts.  No running water or any other form of basic hygiene. Italians called it ‘the Bulgarian ghetto’.
Let us see what people Bokova interviewed say. It is really astonishing.

“People from Bulgaria have been coming here for more than 10 years; there is also a large number of small children. This was the main reason why the government wanted to remove the ghetto. All these people left this place, but now they’re in smaller ghettos and inhabit abandoned houses in the vicinity” – explains Rafaele Falcone, immigration matters officer at the local agricultural union.

So this pathological state of affairs is known and has been tolerated for over a decade. But the picture becomes even darker when we get to hear what the enslaved have to say.

“In Bulgaria there is nothing. We come here to make a living. People have requirements, they want us to have a degree of education and I’ve only completed primary school. In Bulgaria people require a diploma […] there is no work, there is no manual work. That’s why we’re here, we stay here 4-5 months and in October we go back home” Slav from Sliven told the reporter.

Eli, who is also from Sliven: “Do you think I like this misery? In Bulgaria I have a house, a garden, everything, but when nobody wants to employ me. Am I supposed to starve? If you had nowhere to turn you would do it too, you would come here.” Eli certainly has got a point. What of everything if you have no chance to earn even a penny? The general mistake of both of the people from Sliven is that they think education would ensure them work that would allow them to live on a decent level. It would not.
There are somewhat 120,000 Bulgarians in Italy. Out of which 25,000 work in the agricultural sector. About 90% are doing seasonal work with no contracts, in violation of any labour law. This is admitted even by the labor unions. The reason is obvious – desperation. Just read what  Valentina Vasilionova, the Deputy Chairman of the Federation of Independent Trade Unions in Agriculture had to say about this.
“A large part of the Bulgarian workers are slaves. Because of not speaking the language, because they want to find a job at any cost, they come and use the services of intermediaries, which are called caporals here,” she commented for Polina Boteva.
The Italian unions try to do something, but things are mostly out of any legal reach. Representatives of local labor organizations can be seen pretty much all the time in the fields. They try to discuss directly with the exploited, explain they have got rights and sometimes to help them escape. Most often however, their offer of support is turned back.
The reporter discussed unions’ intervention with Magdalena Yavchak, the secretary of a local organization. According to her the most difficult aspect is that the people driven to desperation look upon the ‘caporals’ as, if not their saviours, then at least definitely positive characters. They are of the same nationality (in most cases) so they can only count on him and besides he organizes their employment. So despite the fact that he is actually the direct organizer of their brutal oppression they cannot afford to even think about him that way.
“He is the guy that gives them work, and they don’t complain, because they prefer to give him a part of what they make, because they have a job and this is the only way they know” Yavchak told Botova. According to the local police caporals are pretty well off – they make even up to 600 Euros per day.
Yavchak also came to Foggia 17 years ago working in the same miserable conditions. “My caporal and I were related. I am Polish and he recruited people in Poland to work for him in Italy. What helped me escape the vicious cycle was an Italian family, which basically gave me the opportunity to escape this kind of environment” she said.
One of the Bulgarian caporals discussed in the reportage “manages” 60 people and extorts 50 cents for each plastic crate of tomatoes. That makes a minimum of around 300 euros per day, made on the backs of the people who do the picking. Also each person gives the caporal 5 euros per day for transportation, which is another couple of hundreds euros.
The caporal has no obligations besides making sure that the workers do their job. The only moment he blends in and start working alongside is in case of arrival of police union officials accompanied by immigration or law enforcement. Everybody knows they have to keep their mouth shut and if questioned they have to boldly demonstrate their free will to do what they do. And in many cases there is not much of a lie in this narrative. They hate it, but they do want to do it as everything is better than starvation.

“This phenomena is typical for South Italy, traditionally famous with parallel structures, that are strong and still working. We can either call them mafia or parallel public structures; they are related to exploitation and managing people with the aim of illegally making money. Caporals are low in this chain”, comments Valentina Vasilionova.

But the ‘tipicallity’ does not end here. Boteva’s piece, however shocking the story it reveals, is nothing exclusive. Just a simple internet search will get you to tones of not just articles, but analyses and reports about the horrors of tomato pickers in Southern Italy.
Southern Italian agriculture is notoriously characterized by low wages and despotic, slave-lie labor control. And the prolem, long ago defnined, are not just some ‘evil exploiters’ here and there. The behavior of the caporal is just the most direct violence that is applied to the workers, but the pressure starts somewhere else and has a downward structure. It begins with the markets and the prices of agricultural products and constraints on local growers imposed by traders and large-scale retail chains.
The research of Italian sociologists reveal that: “in reality, the working and living conditions of migrant farmworkers are not much better in other European countries: migrant workers in agriculture experience difficult conditions across the continent, as European agriculture emulates the ‘Californian model’ of intensive agriculture – with intensive exploitation of immigrants.” Mimmo Perrotta of the University of Bergamo wrote back in 2013.
Also, the nightmare recently reported by Polina Boteva is hardly solely a Bulgarian experience. This kind of exploitation is on the rise in Southern Italy since the `70 and firstly involved Tunisians and Moroccans. Now, when the former Eastern Block has been bulldozed in a pretty much colonial manner same rules will apply to Bulgarians or for that matter Romanians.
Another relatively fresh reportage that sparked enormous outrage had been brought by The Guardian in March this year. It tells a horrendous story of a Romanian woman Nicoleta Balos, that has not only been subjected to the abovementioned inhumane conditions of accomodation and work, but also regularly abused in all kinds of ways. This happened in Sicilly, but another shocking article on the same matter appeared in the very same paper just one year ago. Also, regarding the same region. But four years before that, in 2012 things were already so bad that even Amnesty International came out with a special report.
The prospects for the future seem alarming. The situation in Eastern Europe, with very few exceptions like the Czech Republic or Slovenia, continous to deteriorate. Only some states, like Ukraine, Moldova or Bulgaria fail faster than the other. Romania is almost there and next in line are Greece, Poland and the Baltics. It is guaranteed that the abuse will raise. Not only in mass, but in variety and cruelty.