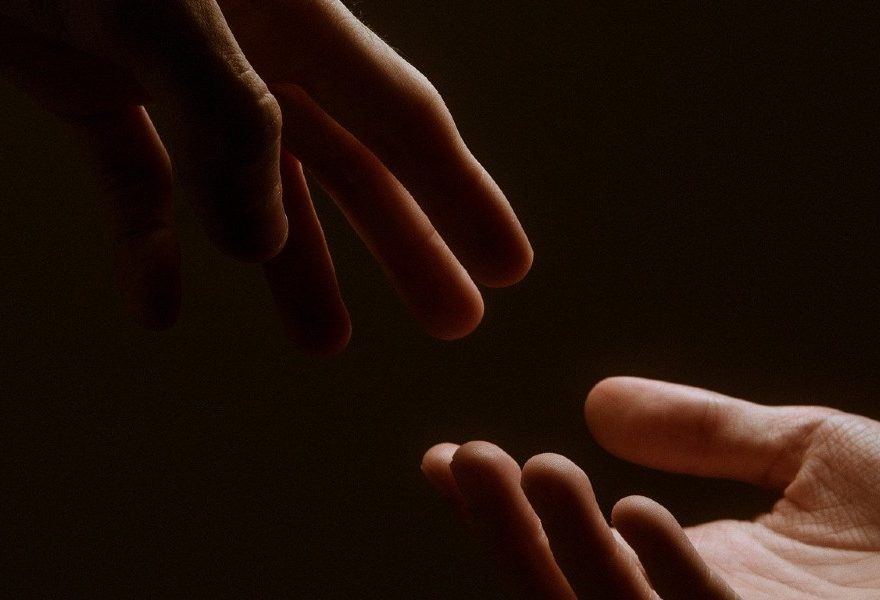 This article was published by David Bisset – a leading social care expert and manager in Bulgaria, at his LinkedIn account on 15 April 2020.

Bulgaria is ranked 49th out of 166 countries in the Legatum Prosperity Index for 2019. This is the overall score derived as an average drawn from 104 different variables. These variables provide data that allow for the mapping of the country’s prosperity profile using 12 categories: safety and security, personal freedom, governance, social capital, investment environment, enterprise conditions, market access and infrastructure, economic quality, living conditions, health, education and natural environment.

It is noteworthy that the country ranks 123rd in the category of “social capital”. Thus, Bulgaria is seen to be failing lamentably in its ability to form and sustain social relations that have productive benefit e.g. supportive interpersonal relations, shared values, trust, cooperation and reciprocity.

(Let’s leave Turkey aside. It is culturally, economically and militarily distinctive.)

As regards Slovenia, there is a chapter in the 2003 publication ‘Social Capital and the Transition to Democracy’ that looks at the issue of social networks in the former Yugoslavia and, in particular, a survey conducted in 1987 that compares the situation in Slovenia to that in Serbia. It concluded that “the composition of Slovenian networks and the nature of social ties were more similar to the networks found in Western democracies”. In Slovenia, even the ties based on kinship were weaker than those in Serbia. They were based on personal affinity as opposed to clan loyalty.

Thus, in Slovenia, personal relations and social interaction were determined more by personal preference as opposed to servility to family or adherence to the tendencies of the group.

When applied to Bulgaria, Geert Holfstede’s cultural dimension of Individualism paints a picture of a highly collectivist society:

“This is manifest in a close long-term commitment to the member ‘group’, be that a family, extended family, or extended relationships. Loyalty in a collectivist culture is paramount, and over-rides most other societal rules and regulations. The society fosters strong relationships where everyone takes responsibility for fellow members of their group. In collectivist societies offence leads to shame and loss of face, employer/employee relationships are perceived in moral terms (like a family link), hiring and promotion decisions take account of the employee’s in-group, management is the management of groups.” (https://www.hofstede-insights.com/country/bulgaria/)

This would tend to suggest that – while showing a distinct tendency to form themselves into close groups – Bulgarians will often find themselves victims of the forces of particularism and a lack of trust in the outsider.

A study undertaken in 2005 by Alina Mungiu Pippidi referred to the intensity of the imprint of particularism in Balkan countries that was seen to be grounded in the experience of transition from communism to market economy and the operation of predatory groups during the period of this transition. It concludes that particularism “has come to provide an important cleavage between haves and have-nots” in an environment in which the “haves” are seen to operate as if above the law. The focus of Pippidi’s study is on rent seeking, crony capitalism and the capture of the state by status groups that are well-organised into networks of influence, some formal and others informal. (https://papers.ssrn.com/sol3/papers.cfm?abstract_id=1518964)

It can be added that – according to an EU report on public administration characteristics in Bulgaria – there is considerable reliance on party loyalists as opposed to experts. Every Bulgarian party has its own cohort of experts who move in and out of government creating significant turnover in ministries and public administration.

However, the phenomenon of the power-wielding status group is actually more prevalent and more deeply embedded as a social phenomenon. Some aspects are deep-rooted and patriarchal but there is also a contemporary twist to the ubiquity of in-groups in academia, corporate life, public institutions and among cultural mandarins. The prevalent model for the operation of authority or the statement of seniority involves the formation of top-table, cronyistic “fiefdoms” within larger organisations.

Professor Dacher Keltner examines a phenomenon he describes as the “power paradox”. Power is generally granted to people who are seen as operating for the greater good. However, once in a position of power, the grantee may tend to abuse the position. Those who are able to wrest power forcibly by the Machiavellian model are likely to only possess power (or the perception of power) for a markedly finite period. It will be taken away (unless you work hard to protect your position or quell opposition).

Political power bases that have formed in Bulgaria since the demise of communism have been notoriously short-lived as have other tenures based on political standing (political appointments to posts that should not be decided politically).

Here is what sociologist Eva Cox has to say about competition among groups:

“Running against another in a race may benefit our speed, but jointly organising the sports day produces cooperation and trust. There are many situations where cooperation and reciprocity are more effective than competition. Civic virtues come from building on what we have in common rather than by using our differences to create in-groups, out-groups and fear driven competition.”

If, in an organisational context, there is a “shadow system” that operates in parallel with formally designated teams, does this impact negatively on the strength of the organisation within the larger marketplace or sector? Do Bulgarian organisations – commercial or academic – suffer a disadvantage that derives from a profound tendency towards obedience and servility within the in-group and a style of alienation of those from out-groups? This means that there are tribal boundaries within the organisation that distort the profile presented to the outer world.

If senior people leading the in-group are surrounded by the unquestioningly loyal won’t it lead to a type of entrenchment shaped by the preferences, predilections and limitations of those in positions of authority?

You’d expect a failure in innovation, wouldn’t you? The European Innovation Scoreboard from 2019 defined Bulgaria as a “modest innovator” with a dysfunctional innovation system. The weakest link was in R&D development in the public sector but there was also profound weaknesses among SME “innovators” with low scores for in-house innovation, product / process innovation and marketing / organisational innovation despite high numbers of doctorate graduates and those attending university and a large surge in employment in fast-growing enterprises. (There is a profound weakness in lifelong learning which is revealing.)

If dominant people in any out-group can expect servility within that group, does this not indefinitely preserve the fracture lines within the larger organisation even if the lives of those groups are likely to be shorter and more prone to risk? The longevity and integrity of the inner sanctum depend on the sustained weakness of the peripheral groups meaning there is a chronic failure in the breadth of organisational perspective.

In 2012, I led (fairly unscientific) research into the involvement of teenagers in the cultural life of the city of Ruse. It gave me my first clear insight into the prevalence of impenetrable in-groups.

The information provided by the teenagers we talked to revealed that, although a number were frequently active during cultural events, they felt they were poorly represented because they participated on behalf of organisations whose agendas were driven by adult organisers. Those unable to penetrate the in-group clustered around the reactionary and protectionist cultural mandarins would tend to become disenchanted and leave the group.

We recorded the implications as follows:

Many of the teenagers who participated back in 2012 have passed through higher education and are now junior employees. (A fair few studied in foreign universities.) How do they find the experience of working in Bulgarian organisations? Are any aspects of their teenage experience of inclusion-exclusion / in-group versus out-group dynamic repeated?

I talked to a group of twelve young adults – six male and six female. Four worked in public institutions. Six in SMEs. Two worked for overseas employers but were managed by Bulgarians.

The things that the youngsters told me helped me understand the dominant purpose of the in-group for Bulgarians in positions of authority. It operates as a protective shield, a buffer against scrutiny from below, above and the outside.

Many foreign nationals have remarked about the ubiquity of “experts” in Bulgaria. It’s a popular expression. As stated above, there is a significant lack of lifelong learning and professional development in the country. The pursuit of mastery. It’s almost as if the universities produce “ready-formed” experts. One of the respondents expressed the issue succinctly: “There is little respect for alternative know-how or experience earned elsewhere. It is dismissed as irrelevant in Bulgaria. It’s because alternative expertise is an assault on their status.”

Three people enjoyed the option of working from home although they were obliged to travel to a distant HQ on a scheduled basis. All three said they were often asked to make the journey at very short notice. They attributed these “Come tomorrow” phone calls or e-mails to chronic disorganisation and failure to foresee significant events.

Eleven of the twelve youngsters I talked to lamented working for incompetent managers who’d be appointed on the basis of patronage. They felt that this was a significant feature of working life in Bulgaria and that movement towards a genuine meritocratic system were slow and fiercely resisted by those in positions of influence and seniority.

Eight of the group said that they encountered managers who operated with a sense of entitlement, expecting unquestioning employee obedience and compliance with personal demands. They demonstrated arrogant attitudes toward employees, becoming harsh and vindictive when highly-qualified juniors proposed alternative approaches or questioned the status quo.

All the young employees I talked to bemoaned the imposition of inflexible procedures and the use of dysfunctional policies to preserve the power base of the in-group. Several referred to the grandiosity, self-importance and “magical thinking” within that fiefdom that allowed gimmickry or the adoption of current fads to supersede rational, measured progress.

Seven respondents made reference to the sacrosanctity of organisational “traditions” and “ways of doing things”. Once again, these were seen to shore up the interests of the in-group.

None of the respondents worked for a non-hierarchical organisation in which a collegiate approach to decision-making was feasible. Those in the in-group were the decision makers and there were significant bodies of information that were considered “confidential”. They circulated only within the in-group irrespective of the designated roles or job descriptions of those in that group.

It appears that cronyism damages social capital in Bulgaria in different ways.

Crony capitalists are seen to operate with impunity and they rob the majority of opportunity based on personal competence. This is a major source of de-motivation and social pessimism.

Protection of the incumbents in positions of seniority / influence

In all areas of endeavour, those who currently call the shots want to continue doing so for as long as they can. While protecting their own performances from scrutiny they also corrupt the broader drive towards professionalisation, productivity and innovation. They place limits on artistic self-expression and the contribution of the younger generation to cultural life. Talent is what they determine it to be judged on the basis of replication and not innovation.

David Bisset is a specialist in child poverty and deprivation. He is one of the founders of Equilibrium, which is one of the leading social care and children care organisations in Southeastern Europe. His relationship with Bulgaria goes back to 1991. He has lived in the country since 2000.