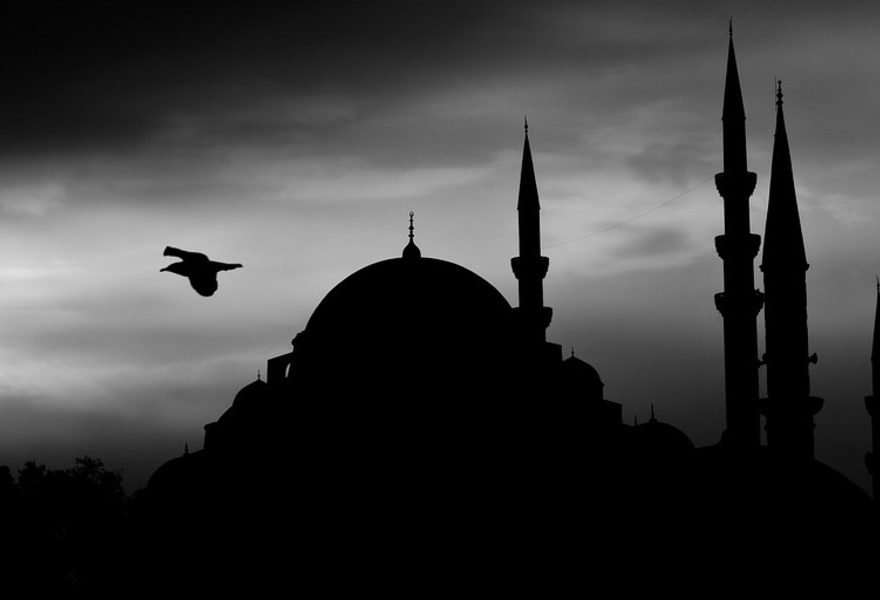 The EU, Russia and China have their own visions for the Middle East, which emphasise economic development and cooperation. A surprising step towards the peace camp was made by the UAE

The world media reports abundantly on the escalation of tensions in the Middle East. In the hot summer of 2019 we followed the takedown of an American drone, which Iran claimed entered its aerial space. The UK captured an Iranian tanker around Gibraltar, claiming that it was about to deliver petrol to Syria, against international rules. Iranian military seized a British tanker in the Strait of Hormuz. We also learned that the USA has introduced sanctions against the Iranian Foreign Minister Mohammad Javad Zarif, who played a key role in the negotiations and signing of the 2015 nuclear agreement with the group of six (USA, UK, France, Germany, Russia and China).

What has a more difficult time grabbing the attention of the international press are the efforts of a number of countries supporting peaceful development and easing of tension in the Middle East. The EU, Russia and China see possibilities for economic development, reconciliation, trade, and security partnerships in this region. Without saying so openly, these concepts are being realized, evidently counter the confrontation strategy of Iran’s adversaries.

In July, the Chinese Foreign Minister Wang Yi promised that the United Arab Emirates would become “a shining pearl” as they participate in the “One Belt, One Road” strategy. Both countries have agreements or intentions for cooperation in industrial development, energy, 5G network development, space technology, and construction of high-speed railroads. Sheikh Mohammed bin Zayed al-Nahyan, heir to the UAE throne, visited China shortly before the signing of a memorandum of understanding between Iran and the UAE.

In the beginning of August, Iran and the UAE signed a memorandum of understanding with the stated goal of mutual support in the protection of sea borders between the two countries. It is known that the UAE is part of the Saudi Arabia-dominated Gulf Cooperation Council and the agreement with Iran in border matters is a crack in the facade of the anti-Iranian axis in the Middle East. It comes after a few ships suffered attacks by an unknown perpetrator, which were attributed to Iran by its adversaries.

“Amidst the current tensions, the UAE withdrew parts of its forces from Yemen, which is a positive signal to Iran. Moreover, during the last two months we have witnessed the UAE’s anti-Iran rhetoric dramatically declining. Emirati outlets have not shown any interest in engaging in a propaganda war against Iran,” says the Iranian foreign policy analyst Mostafa Najafi.

Also at the end of July 2019, Russia officially launched at the UN a project to create an organisation for collective security, with representatives from Persian Gulf states, the USA, China, India, the EU and any other interested countries. The idea is that any interested country can sign agreements to control armament, to fight against international terrorism, drug trafficking, arms trafficking, mass migration and organised crime; to create demilitarised zones in the Middle East and for the whole region to become a nuclear weapons-free zone. All while conforming to the UN Security Council’s resolutions.

“In the current conditions, energetic and effective action is needed at an international and regional level in the interests of improving and further stabilizing the situation in the Persian Gulf, overcoming the prolonged crisis stage and turning this subregion towards peace, good neighborly relations, and sustainable development,” says the document, which was circulated by Moscow. Its proposals, which aim at peace and non-proliferation of weapons, obviously take into account the situation around Iran.

In the near future, Iran and the Eurasian Economic Union will start to trade without tariffs, in accordance with a newly ratified free-trade agreement between the involved countries (the Eurasion Economic Union is comprised of Russia, Belarus, Kazakhstan, Armenia and Kyrgyzstan). Iran’s trade with the countries of the economic community is only 2% of the overall trade turnover of the Islamic Republic. But the free trade setup will help with the transfer of technologies, including military ones. It also strengthens the bonds between Tehran and the countries of the former USSR. In the eyes of Russian strategists, free trade means they can obtain economic access to the Persian Gulf, which is an old dream from the time of the Soviet Union.

According to Rajab Safarov, director of the Russian Center for the Study of Contemporary Iran, US President Donald Trump has tried to create another coalition of the willing, which is expected to provide security for ships navigating in the Persian Gulf. But so far only Great Britain has joined. The Europeans consider the idea devoid of perspective, while the Arab countries of the Persian Gulf feel that in the case of a military conflict they will be sacrificed while their oil and gas infrastructure is destroyed. This is where Safarov sees great benefit in the Russian initiative– it proposes that the countries of the region take care of their security alone, while external countries join the agreement as observers. The analyst is convinced that the American concept for control over the region has failed, while the Russian concept is starting its triumphal march. A part of this triumph, in Safarov’s view, is the fact that, until the end of the year, Iran and Russia will be conducting their first naval exercises in the Strait of Hormuz.

There are opinions that the Russian initiative doesn’t contain anything new in comparison to what Moscow has been proposing since the 90s. In the last few years, while the EU and the US have been affirming their influence in Central and Eastern Europe, Russia has been strengthening its presence in the Middle East. It is not only about military successes in Syria: In the beginning of August, Saudi Arabia lowered its quality standards for imported grain which will allow Russia, for the first time, to start exporting grain to the petrol kingdom. It is known that the Crown Prince Mohamad bin Salman al-Saud has good relations with Russian partners, which differentiates him from older, high-ranking Saudi officials. Turkey openly opposed the USA and bought the Russian S-400 anti-aircraft missile system.

In this context, the EU is usually criticised for lack of activity and loss of influence in the Middle East. But this is not correct. The EU rather acts with a low profile and rarely catches the mass media’s attention, while any of Trump’s tweets are immediately distributed in the press. European countries have rejected entering the American line of escalation in the Middle East. They rely on economic development and regional cooperation in the Gulf.

It looks like not only Iran, but Iraq is also a key country for European diplomacy. The EU Ambassador to Iraq Ramon Blecua claimed in a May 2019 article he wrote for The Baghdad Post that the US-supported initiative for an “Arab NATO” (which is anti-Iranian in its leanings) hasn’t advanced and added: “In contrast to the increasingly belligerent narrative being pushed by various regional actors, Iraq is more assertively promoting a new regional order based on cooperation and mutually beneficial interests. By refusing to take sides in its neighbours’ conflicts, the new leadership in Baghdad is presenting an alternative to inevitable conflict and increasing its outreach as a bridge-builder accepted by all sides,” and gives numerous examples to prove his thesis – examples both from the diplomatic activities of Iraq and from its internal politics, which according to the diplomat, the ethno-religious division is being overcome through politics.

Blecua claims that Iraq delicately balances between American and Iranian interests, which attracts the EU’s attention: “In Washington, the foreign policy decision-making process is increasingly influenced by ideologically motivated groups that declare the fulfilment of certain biblical prophecies as the inspiration for their decisions and favor an unrestrained unilateralism that aims at the unchallenged imposition of U.S. supremacy. Meanwhile, the European Union has taken on the role of defender of the multilateral system as the only effective way of international crisis management and conflict resolution…With Europe caught in the middle of the conflicting ambitions of Russia, the United States, China, Turkey, Iran, Saudi Arabia, and others, Iraq may hold the answer to this riddle…the European Union has emerged as a natural ally, using a combination of humanitarian and diplomatic support to help Iraq promote an alternative vision for the emerging regional order.”

Iraq has traditionally been a union of three communities – Shiites in the south, Sunnis in the west, and Kurds in the north. Its western part was devastated by the Islamic State and large cities such as Mosul were liberated, but are still in ruins. Blecua explains that from 2003 on the EU has invested more than 1 billion euros in support to Iraq, becoming one of the largest international donors to the country. Additionally, after 2014 and the Islamic State’s belligerence, the EU announced 400 million euros in new grants to support recovery and economic reforms. In Blecua’s view the country could become an example for the democratic development in a difficult region.

Ambassador Blecua obviously has visionary ideas for the Middle East and this has drawn the attention of strong adversaries. This summer, The Washington Times wrote that he has unexplained wealth and is “a bought-and-paid-for Iranian intelligence agent”; an apparent attempt to discredit the man who aims to develop multilateral regional cooperation in the Middle East. The Washington Times’s article has been connected to the influential military lobby, which doesn’t want peaceful development for Iran or the rest of the Middle East, as reported by LobeLog, which is an authoritative American blog on international relations.

In November 2018 I asked the question “who gets isolated by the anti-Iranian sanctions – Tehran or Trump”? The picture painted now is that the EU, Russia and China want the Middle East to develop economically and in peace. This is a great news.

Vladimir Mitev is a Bulgarian-Romanian journalist based in Rousse, a town on the very border between the two countries. He is the editor-in-chief of the Romanian website BARICADA Romania, which initially started as a Romanian language version of the Bulgarian portal by the same name. He focuses on international politics. He has worked for the Bulgarian weekly “Tema” until its closure in 2015. He founded the bilingual Romanian-Bulgarian blog ”The Bridge of Friendship”. His articles and translations have been published by the BGNES agency, the magazines of A-specto and Economy, the blog of ”Solidary Bulgaria” and others. His articles and interviews have appeared in the Romanian magazines Decât o Revista, 22 and Q Magazine, in the Romanian cultural magazines of Vatra and Poesis, and in the Romanian left-wing portal Critic Atac. At present, he makes a Ph.D. research on new Iranian literature before the Islamic Revolution at the University of Sofia. Starting from June 2020 he develops in English, Romanian, Bulgarian and other languages the blog “The Persian bridge of Friendship”, which deals with the Persian-speaking world.