Riccardo Petrella: The militarization of pandemic is dangerous 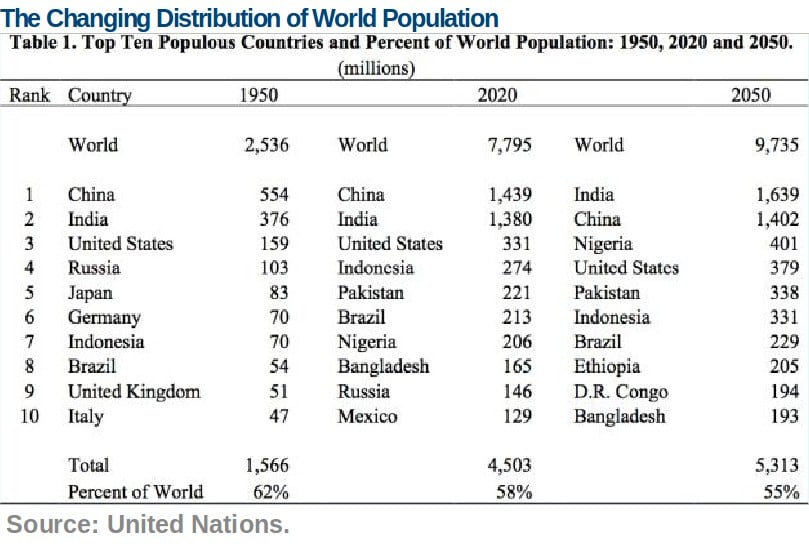 On the other hand, forecasts on the world’s economic and technological power in 2050 are more fragile and sketchy. They do not allow us to make strong statements. They cast a rather weak light, but enough to give a vague idea of what is likely to become the “state of things” in 2050.
On the subject of economic trends (The World Economy in 2050) it can be said that the direction is towards a relatively significant reduction in the “gross” weight of the so-called “developed” economies in the world economy. Of the top ten countries in terms of GDP in 2050, four will belong to the Western world (the USA, Japan, Germany and the United Kingdom) and in terms of population, only one (the USA). This means (and this is even more true if we take the top 30 countries in terms of GDP) that developed countries would maintain their relative supremacy in terms of per capita economic (especially financial) power. As far as the countries which are called “emerging” (by the dominant players) are concerned, it is interesting to note that for the time being, the scenarios also favour the continuation of current trends. Not surprisingly, the top ten include China, India (1st and 2nd), Indonesia (4th), Brazil (5th), Russia (6th) and Mexico (7th). This does not mean that the affluence of their populations will increase. It is perhaps conceivable that 400 million Indians will manage to become affluent out of a population of 1.6 billion people. Perhaps in China there will be 500 million out of 1.4 billion. Moreover, it is difficult to imagine, as things stand at present, that countries such as Brazil, Indonesia, Russia and Mexico, which are characterized by enormous internal social, economic and political inequalities, will succeed in turning the situation around in 30 years. This could only happen if a class of Lula-style leaders multiplied and remained firmly in power for one or two generations.
As far as technological power is concerned, I have taken the number of patents applied for (and obtained) in the field of living organisms (molecules, cells, genes…) in the plant, animal and human world and in the field of algorithms (artificial intelligence) as a significant indicator of countries’ potential techno-scientific capacities. According to the latest WIPO report (World Intellectual Property Organisation, Report 2019 The Geography of Innovation: Local Hotspots, Global Networks) the USA, Japan, and the countries of the European Union (in particular Germany, the United Kingdom, France, the Netherlands and Scandinavian countries) account for 70% of the patents filed in the “families” of patents that are strategically more sensitive and decisive. Only five countries in the rest of the world (China, India, Israel, Singapore and South Korea) have managed to occupy a rising position, thanks also to the fact that Western countries and Japan, for reasons of competitiveness and convenience, also tend to file part of their patents in the latter countries. In other words, only the repeal of legislation on private and for-profit patents (introduced and imposed by the United States in 1980 and then by the European Union in 1998) could stop the technological superiority of Western countries. The objective would be to remove market logic and the interests of global financial capital from technological and scientific knowledge. Knowledge must become a global public good for the service of all on Earth (all living species included). If this does not happen, I am not prepared to bet even one euro on a future of affluence as a collective solution to the current and future disasters.
Photo: Riccardo Petrella (source: Riccardo Petrella)
The Barricade is an independent platform, which is supported financially by its readers. Become one of them! If you have enjoyed reading this article, support The Barricade’s existence! We need you! See how you can help – here!