Neoconservative ex CIA Director and US Secretary of State Mike Pompeo admitted NATO seeks to prevent a “Russian-Chinese axis” and “pan-Eurasian colossus,” in a new cold war over “economic hegemony.”

Neoconservative former CIA Director and US Secretary of State Mike Pompeo admitted that the NATO cartel seeks to “prevent the formation of a pan-Eurasian colossus” that could challenge Washington’s empire.

The United States must remain “the dominant force in the world,” and “for an awfully long time to come,” he insisted.

Pompeo made it clear that the new cold war between the US-EU-NATO bloc on one side and the Eurasian bloc led by China and Russia on the other is a battle over “economic hegemony,” and is rooted in control over fossil fuels and other resources.

“We must prevent the formation of a Pan-Eurasian colossus incorporating Russia, but led by China,” Pompeo implored. “To do that, we have to strengthen NATO, and we see that nothing hinders Finland and Sweden’s entry into that organization.”

The former CIA and State Department chief said this in an extremely hawkish speech on June 24, titled “War, Ukraine, and a Global Alliance for Freedom.”

Pompeo delivered the bellicose remarks at the Hudson Institute, a neoconservative Washington-based think tank where he serves as a “distinguished fellow.”

In addition to receiving funding from the Pentagon, the Hudson Institute is financed by large corporations such as ExxonMobil and billionaire oligarchs like the Kochs and Walton family.

Pompeo’s insistence that NATO must dedicate itself to destroying any alternatives to US unipolar hegemony exposed the hollowness of claims that the US-led military alliance is “defensive.”

NATO’s professed commitment to “human rights” and “democracy” is also clearly contradicted by the fact that one of its founding members in 1949 was the fascist dictatorship of Portugal.

In 2019, Pompeo quipped, “I was the CIA director. We lied, we cheated, we stole. We had entire training courses.”

In his latest speech at the Hudson Institute this June, Pompeo mapped out a hardline US strategy for the new cold war against both Russia and China.

Pompeo: US must remain ‘the dominant force in the world’

Pompeo condemned the Joe Biden administration for ending the US military occupation of Afghanistan in 2021, after 20 years of war.

He argued that “America’s undisciplined withdrawal from Afghanistan was interpreted by Vladimir Putin as a green light,” and had weakened Washington’s hegemony.

Pompeo made no effort to hide his goal: continued US imperial domination of the planet, without any challengers.

“In America, we live in the greatest nation in the history of civilization,” he claimed.

“We are not in decline, but rather we are a nation that will be ascendant, and we will be the dominant force in the world, and a force for good in the world, as we have been for the last decades, for an awfully long time to come. You can bank on it.”

‘Confront the Chinese Communist Party’ and contain the ‘Russian-Chinese axis’

In order to maintain US dominance, Pompeo forcefully detailed how the United States is waging a new cold war to contain the “Russian-Chinese axis.”

As secretary of state under former President Donald Trump, “I traveled the world, alerting the world to the threat from the Chinese Communist Party,” he explained.

“China stated intent is to displace the United States as the world’s preeminent power,” Pompeo claimed.

“We must not ever allow the communist model for development to proliferate,” he stated. In terms of China’s economy, Pompeo said, “We should force them to become more like us.”

He stressed that Washington must “do its global leadership role in confronting the Chinese Communist Party.”

Pompeo’s singular obsession with kneecapping China extended beyond the country’s government to Chinese people. Using xenophobic rhetoric, he warned that the “Chinese communists” are “inside the gates.”

He even complained that there were “360,000 Chinese students, pre-Covid, studying in the United States of America.”

Pompeo argued there is a “necessity of forming a new global alliance for freedom, which has to contest, which must contest, both Russian and Chinese aggression.”

To this end, he called for expanding the Quadrilateral Security Dialogue, or Quad, the anti-China alliance between the United States, Japan, India, and Australia.

Pompeo said South Korea, Britain, and France should be added to the Quad. He also argued that the AUKUS military pact between the US, UK, and Australia “should be folded into this expanded security alliance,” aimed at countering China.

Using Ukraine, Israel, Taiwan as US bases of power

To wage this new cold war on both China and Russia, Pompeo argued the US should base its geopolitical strategy on what he called the “three lighthouses for liberty”: Ukraine, Israel, and Taiwan.

He proposed that “linking these three bastions with NATO, as well as the new and expanded security framework for the Indo-Pacific, will form a global alliance for freedom.”

“By aiding Ukraine, we undermined the creation of a Russian-Chinese axis bent on exerting military and economic hegemony in Europe, in Asia, and in the Middle East,” he said.

Pompeo boasted that the Trump administration “did not hesitate in supplying Ukraine with weapons, such as the Javelin.”

He also gloated that the proxy war in Ukraine is a warning to China over Taiwan.

Pompeo openly called for supporting separatism in Taiwan, declaring, “It is my steadfast view that our government should immediately confer diplomatic recognition to Taiwan, for it is a free and sovereign country.”

Allowing Taiwan to remain as part of China “would severely reduce American influence in the Indo-Pacific. America’s status as a superpower would be placed in jeopardy,” he argued.

Washington must maintain influence over Taiwan, Pompeo went on, because it is “a primary technological and economic partner of the United States,” and the “principle supplier of high-end semiconductors to the United States’ economy.”

Fossil fuels central to geopolitics, US must ‘regain our energy dominance’

At the heart of the US new cold war on China and Russia is a struggle for control of resources, Mike Pompeo stressed.

“It is my conviction that America and the West must acknowledge the centrality of hydrocarbon energy to the world’s geopolitics,” he said.

He insisted that the United States must “regain our energy dominance.”

“Energy and economic security along with military strength are the pillars upon which geostrategic power and peace rest,” he added.

Invoking Ronald Reagan, Pompeo described the former Soviet Union as “the evil empire.” He insisted that NATO must “prevent Russia’s reconstitution of the Soviet Empire,” because it, “if rebuilt, even in small measure, would dictate world fossil fuel supplies, causing massive economic hemorrhaging in America and throughout the globe, affecting every single American.”

Peace talks are a dead end, Ukraine must win war against Russia

Pompeo transparently described the conflict in Ukraine as a proxy war, arguing it serves US interests because it weakens Russia while US soldiers don’t have to put their lives on the line.

He condemned the idea of peace talks, maintaining, “America and the nations of the world cannot continue the pretense that the war in Ukraine can end in a negotiated peace, which mollifies Russia, for such a peace cannot be negotiated with Vladimir Putin. Ukraine must win this war. It must win this war decisively.”

“The war can be won,” he claimed. “This war can be won if America and our allies supply a range of our most capable conventional weapons to Kiev.”

Pompeo called for providing Ukraine a “surface to air missile system that engage both aircraft and missiles.”

Pompeo was clear that Ukraine should be added to NATO, claiming it is “silly” that it would cross Russia’s security redlines. “I’m not worried about escalation,” he said.

He also called for the further militarization of Europe, chiding, “They need to do some soldiering.”

Pompeo proudly credited the US government for overthrowing the Soviet Union, in a bipartisan anti-communist crusade during the first cold war.

While much of his speech was devoted to how the United States is a force for “freedom,” “democracy,” and “human rights,” Pompeo also insisted that Washington should strengthen its alliance with the dictatorial absolute monarchy in Saudi Arabia, in the name of countering the “Iranian regime,” which he described as a kind of Biblical “evil.” 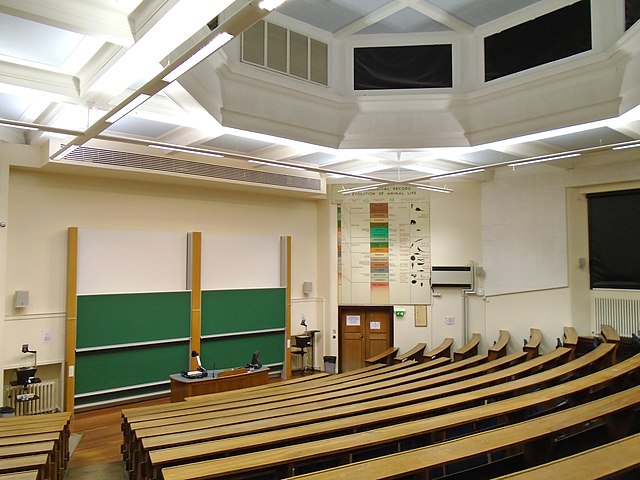