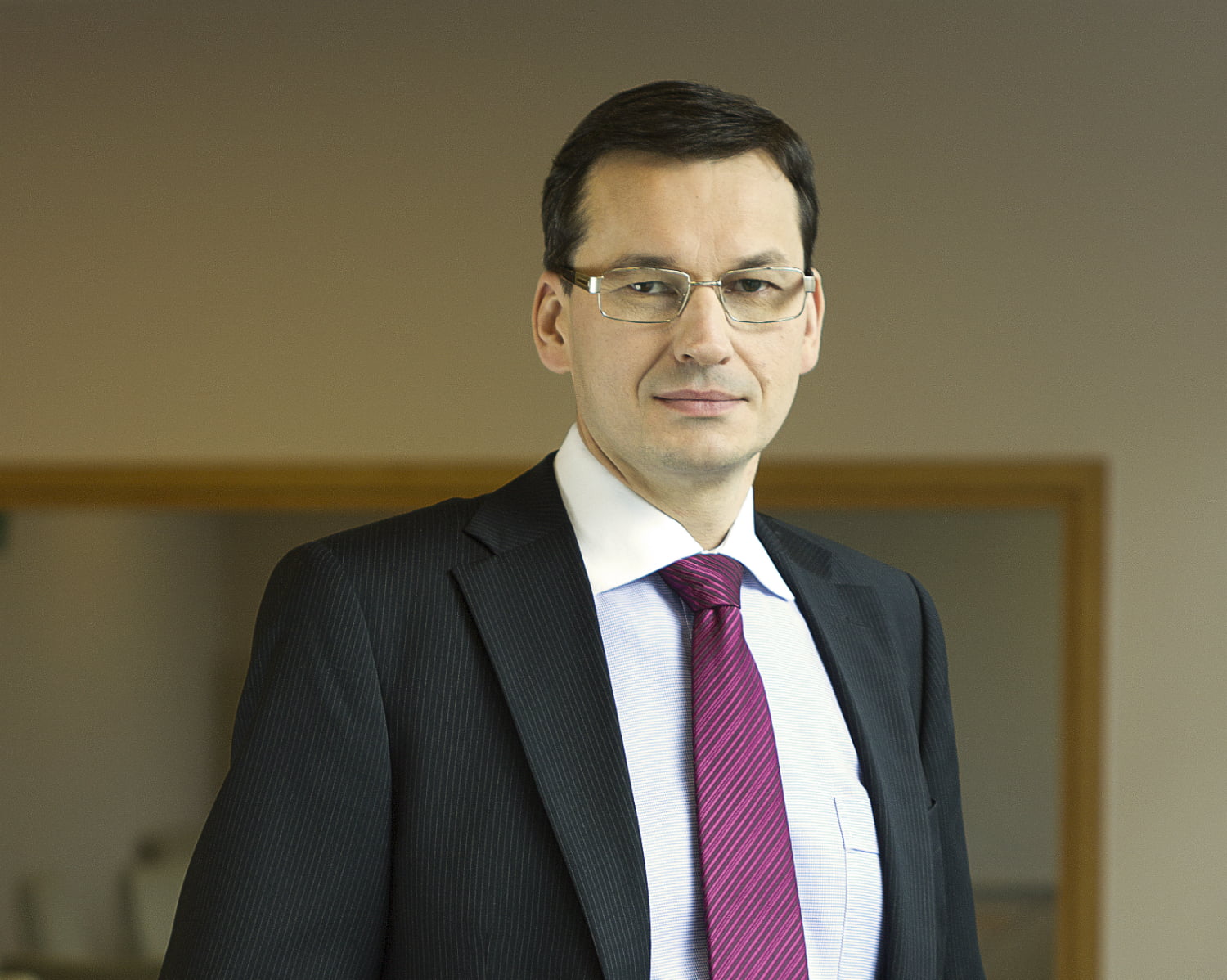 The right-wing madness in Poland deepens dangerously. On an official visit to Germany, the Polish prime minister, Mateusz Morawiecki, has honoured Poles who were Gestapo collaborators and laid flowers on their graves.

Appointing Morawiecki as PM was supposed to give the Polish fundamentalists and nationalists of the ruling coalition a new image. The obedient, provincial apparatchik Beata Szydło was replaced by a representative of high society – a banker with manners and competence, who speaks relatively good English. On top of that, a historian. It did not quite work out that well.
Considering the latter it is more than obvious that Morawiecki knew what he was doing when on February 17 he laid a wreath on the tomb of soldiers of the notoriously Nazi NSZ Holy Cross Mountains Brigade. NSZ stands for National Armed Forces (Narodowe Siły Zbrojne) which was an extremist military sect that tried to form a guerilla unit to stop the Soviet Union and the Red Army liberating Poland towards the end of World War II.
Along with the entire Lizard Union (the umbrella for all the obsessive anticommunists who at the time thought they could mobilize the masses to fight the Soviet troops), the NSZ has a long and well-documented record of war crimes, murders, ethnic cleansing, large-scale theft and collaboration with the Nazis. However the people Morawiecki chose to salute, that is the Holy Cross Brigade, were among the most brutal and notorious Hitlerite gangsters in that entire community.
Although the brigade occasionally fought the Germans in the early days after its formation, it avoided confrontations with the occupier and stressed a “clearing of the Polish territories of red banditry”. Later things developed logically.
“Cooperation [of the NSZ] with the Gestapo was open and individual commanders did not hide in any way the fact that they received weapons and ammunition from the occupation authorities in order to fight against communism,” wrote the intelligence chief of the Kielce District Inspectorate of the Home Army, the main Polish armed resistance during World War II. Because of that most of the underground “mainstream” considered them “openly treasonous”, and described them as a “politically fascist creation”.
The brigade also refused to participate in the anti-German military Operation Tempes and that was of course aimed at preventing what they called “the communist takeover of Poland”.
In April 1945 while operating in the Protectorate of Bohemia and Moravia, the brigade found itself in an area surrounded by German forces and its German contacts began insisting on closer collaboration. As a result, the commanders of the brigade agreed to a plan whereby small units of the force were to cross or be parachuted by the Germans back into Poland, in order to carry out intelligence work and possibly sabotage at the rear of the advancing Red Army. During the same period, the second in command, Władysław Marcinkowski (pseudonym “Jaxa”), took part in a German-sponsored conference involving various collaborationist and fascist organizations.
Also, according to the Polish historian Rafał Wnuk, the brigade command dispatched about one hundred men to the German intelligence Abwehr training centre, from where most of them were sent or were in the process of being sent to Poland for anti-Soviet diversionary activities.
After the end of World War II, the Holy Cross Mountains Brigade became the 25th Polish Auxiliary Guard Company of the United States Army in occupied Germany. Marcinkowski, along with Hubert Jura, (pseudonym “Tom”), who was the main liaison officer between the Germans and the brigade, were members of the extreme-right faction Szaniec within the NSZ-ZJ (which was itself a far-right faction of the pre-1944 NSZ). Jura’s role in the actions undertaken by the unit during this time have not been fully explained. Jura himself was a Gestapo agent and he used internal politics of the NSZ-ZJ to settle personal scores (under the guise of “fighting communism within NSZ-ZJ”).
All these gangsters died peacefully in West Germany. During Morawiecki’s visit to Germany where he was attending the Munich Security Conference, the prime minister decided to take a spontaneous break to commemorate this extremist militia.
And there was no mistake. The fact that he decided to commemorate this particular branch of the NSZ was announced on the prime minister’s Chancellery Twitter:

The tweet sparked enormous outrage. Adrian Zandberg, one of the leaders of the newly established left-leaning Together party (Razem) described the PM’s act as a “Munich action”. This is what he wrote in his post on Facebook.

Today, during an official visit to Germany, the Polish prime minister paid tribute to Nazi collaborators.
Mateusz Morawiecki commemorated a unit that openly collaborated with the Gestapo. In the headquarters of the Holy Cross Mountains Brigade they served as SS liaison officers. The collaborators received food and weapons from the Germans and conducted joint coordinated military operations with them. In the ranks of the brigade a prominent role was played by the Gestapo collaborator, Hubert Jura, sentenced by the Home Army to the death penalty for treason against the fatherland.
The cult of an individual who collaborated with the Gestapo is morally disgusting. But Morawiecki’s gesture will also have diplomatic consequences. Simply put: by celebrating such characters, Morawiecki discredits us all and gives Poles the label of Nazi collaborators.
Perhaps for the prime minister, cooperation with Gestapo officers is acceptable. I remember that the Home Army punished Nazi collaborators with the death sentence. Perhaps Hubert Jura or SS-Hauptsturmführer Paul Fuchs from the Gestapo are the heroes of Premier Morawiecki. They are not mine. And I think I’m not alone in this.

Let us not forget that during his stay in Germany Morawiecki also spoke of “Jewish perpetrators” of the Holocaust.