Bulgarian unions: Poverty in Bulgaria still on the rise 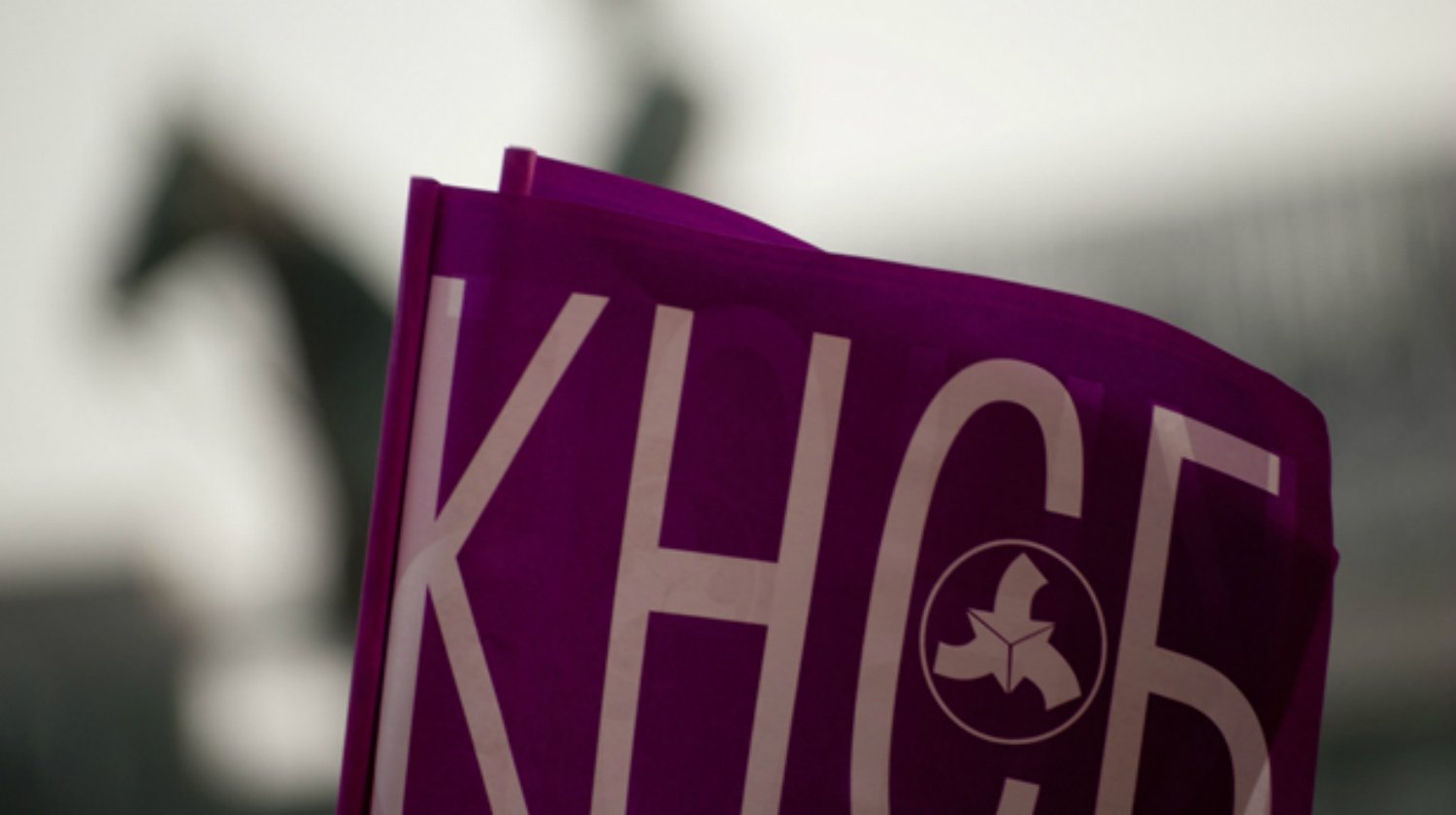 2,325 leva (approx. 1,200 euros) – this is what a household in Bulgaria needs in order to be able to have some kind of normal standard of living. This amount is required to cover the cost of food, housing, healthcare, education, transportation and social activities in a four-member family, as calculated by the trade union organization KNSB/CITUB (Confederation of Independent Trade Unions of Bulgaria). If wages are the only source of income, then their net total must not be lower than 1,163 leva for each of the two parents.

The monthly requirement for the maintenance of a four-member household including two parents and two children is 2,325 leva, or an average of around 580 leva per person. This is shown by the data of the Institute for Trade and Social Studies (CISB/ITSS) of CITUB. The data come from a survey of consumer prices and living costs in December 2017, presented by the President of CITUB, Plamen Dimitrov, at a press conference.
According to CITUB, these funds are needed to cover the cost of food, housing, healthcare, education, transport and social activities in line with average Bulgarian standards. If wages are the only source of income, their net amount must not be lower than 1,163 leva for each of the two parents (gross 1,489 leva). For December, the net average wage was 876 leva, which means that it is about 25 per cent below the required average subsistence rates. 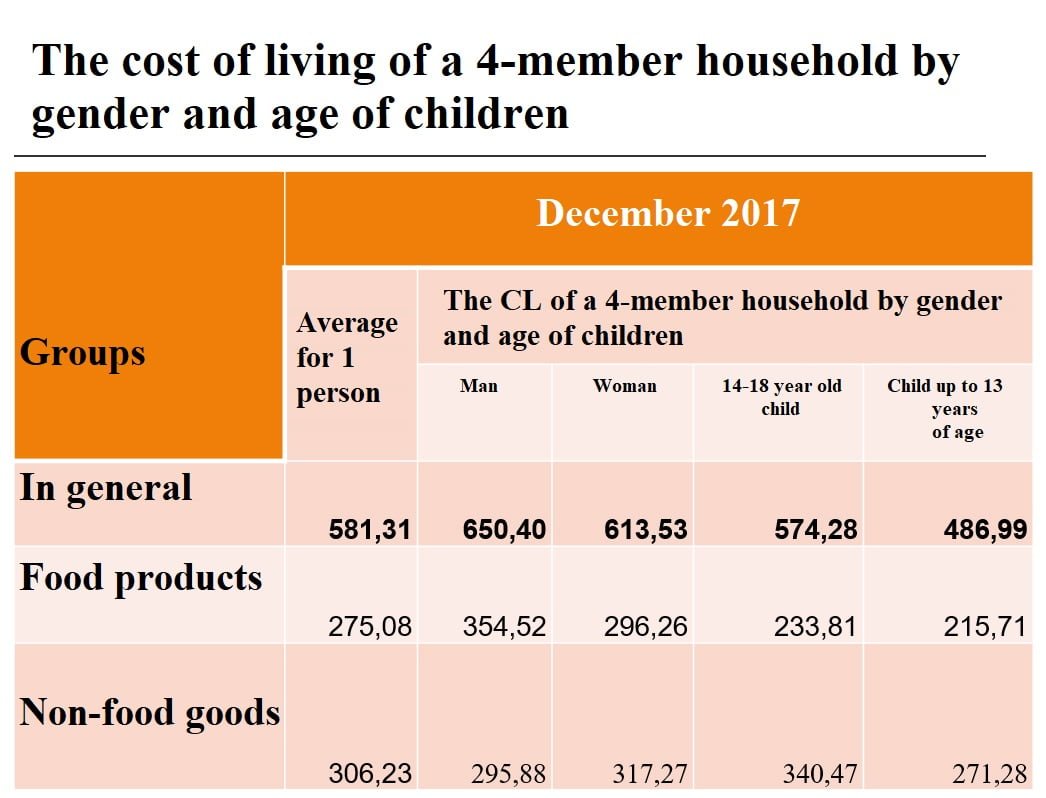 Out of the required 581.31 leva average per month, 275.08 leva are for food and 306.23 leva for non-food goods. The figures are averaged, varying by gender and age (Figure 1). In the fourth quarter of the year, they show that price increases stabilized slightly, with a rise of one per cent in the cost of living compared with an annual rate of 3.3 per cent.
According to CISB experts, food product costs increased by 3.9 per cent year-on-year, while in non-food goods the growth rate remained at a relatively lower level, below 1.1 per cent. The main factors that have influenced the increase in the cost of living are:

Heating and water prices rose respectively 21.8 per cent and 4.3 per cent in the same period last year. The costs of food, heating, lighting and transport represent nearly two-thirds of the household budget, from which it follows that every new increase puts a significant number of Bulgarian households in serious trouble. That is why in the structure of the common consumer basket these groups are the most important factor and thus they become a major factor in the increase of the total annual index of the cost of living. (CITUB)

The deflationary processes over the past three years have helped to control the overall levels of the cost of living, but over the past 10 years food prices have risen by an average of 14.6 per cent: electricity by 12.6 per cent; water supplies by 27 per cent; solid fuels by 21 per cent; heating by 14.2 per cent. (Institute for Trade and Social Studies)

According to CITUB, these growth rates have led to a faster convergence with average price levels in the European Union.

The approach of prices in Bulgaria to the average European level also calls for a faster process of income convergence for Bulgarian households, they insist.

Eurostat data shows that labour productivity per employee per hour (2016) is 45.1 per cent of the average European level, while hourly pay per 1 employee is only 26.5 per cent of EU-28 levels (Eurostat, 2014). Therefore, the reserves are large because real wages are about twice as low as labor productivity. Maybe this means that potential opportunities for labour income growth are not used compared to the employees’ contributions to the newly created product. (CITUB)
The summarized results show that Sofia is a city with a higher cost of living than the average for the country, as a result of the higher standard. The necessary basic budget for a four-person household in Sofia is 3,023.64 leva. On average, the cost of living per person in this type of household is 755.91 leva and exceeds the average for the country by 30 per cent. The higher figure is due to the different consumption patterns (rents, transport, heating, services). (Institute for Trade and Social Studies)

The union acknowledges that there have been some positive trends over the last few years in terms of wage growth, but Bulgaria still remains the poorest of all the EU member states. In nominal terms, Bulgaria is lagging 4-6 times behind the most advanced economies. 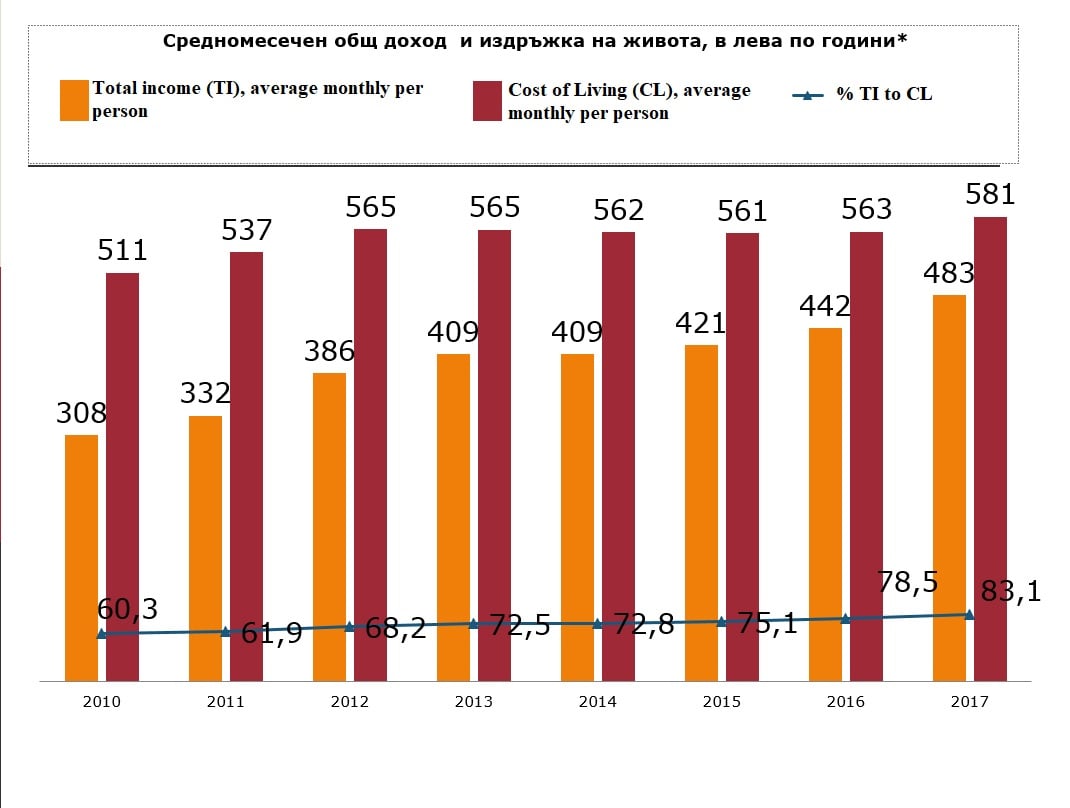 For the period from 2010 to 2017, the ratio between income and the minimum cost of living improved significantly (by about 20 percentage points), but the average monthly income per person is still not sufficient to cover the cost of living (Figure 2) . The detailed view of CITUB shows that in the period from the fourth quarter of 2010 to the same period of 2017, the total average income per person increased by 56.7 per cent, this growth significantly outpacing the increase of the cost of living (CL) by 13.7  per cent.

These are indications of an accelerated increase in total income, although it is not tangible due to extremely low base levels. The contribution to wage earnings and pensions is crucial. Compared to 2010, in nominal terms wage income grew by 62.5 per cent and pensions by 34.6 per cent. These main sources of income influenced the narrowing of the difference between total income and the cost of living. The average total income per person (483 leva) is now about 83.1 per cent of the amount needed for the cost of living, compared with about 60.3 per cent in 2010. (ITSS)

In interpreting these data, however, the question of inequality should not be omitted because of the average common income. CITUB offers several approaches. First of all, a look at the savings of Bulgarians, citing data from the TREND research agency from November 2017, according to which about 70 per cent of Bulgarians do not have bank deposits and do not save.

“BNB data on household deposits show a downward trend in savings in low deposit groups and the opposite trend in the highest savings groups,” according to data collected by TREND, which shows that “the current income growth is not evenly distributed, but rather concentrated in the highest income groups.” The income gap for the richest and poorest 20 per cent of the population has risen from 6.1 in 2012 to 7.7 in 2016. (CITUB)

Raising incomes has a positive effect on reducing the number of poor households. The growth rate of the TI is more pronounced in high-income households registering a higher than average cost of living. For the period 2014-17 there was a trend of accelerated growth in the number of high-yield households from 19.3 per cent to 27 per cent. Households living below the poverty line are experiencing a decrease, but at a slower pace. (CITUB)

The union adds that rising labour incomes and increasing pensions significantly contribute to reducing social inequality, but the gap remains high between the incomes of the poorest and the richest. This is due to the fact that it is mainly high wages (and among households, the incomes of high-income groups) which are rising.
The cost of living is increasing, and most of all, the main commodities and energy sources are the two most important spending items for Bulgarian households, especially for low-income households, whose consumption and spending are precisely focused on them, according to CITUB.
It adds that due to the low level of flexibility, this type of spending is an extremely heavy burden on the budgets of poor households and virtually makes it impossible for them to invest in education, which they depend on for success in the labour market.
The syndicates also conclude that poor households are declining, but overall the number remains high, which suggests that the country’s income growth is uneven and social inequalities are not being overcome.