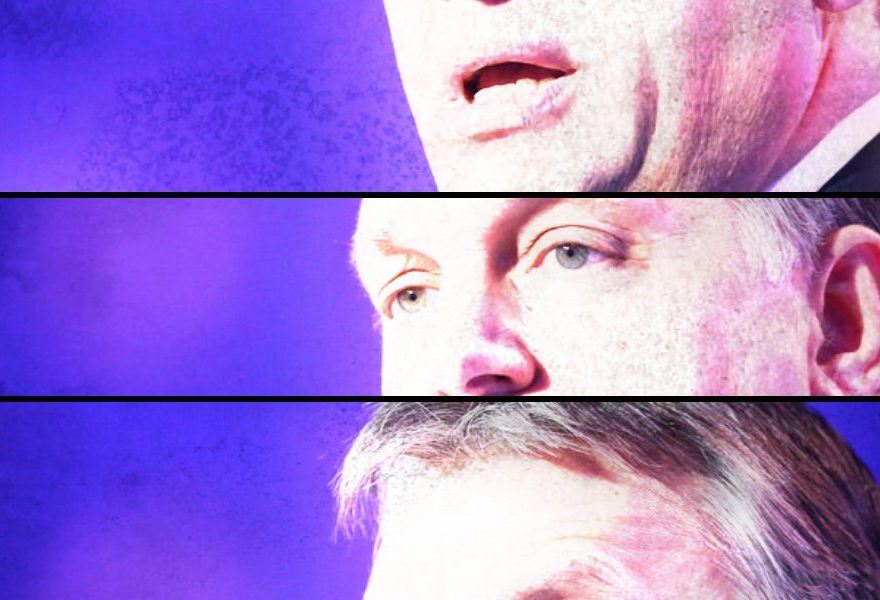 Well, it happened again! Just when you had put all your hopes and dreams into one thing, that there would be a change in the regime – against all common sense, the good people of Hungary asked for four more years of Orbán.

But not only as a prime minister – oh no, that would be far too easy on us. We gave him two thirds of all the seats in the Parliament, and when I say him – trust me – I mean him. You see, Mr Orbán is Fidesz itself. He is high above every other member of the party leadership, which he frequently changes – for practical reasons. If Fidesz was a church – actually, it’s more like a cult – he would be the pope and the messiah rolled into one. Old people kiss his hands, churchgoers pray for his well-being. I’m sure you know these kinds of scenes, but surely two thirds of all Hungarians can’t be like this, right?

Here is the big secret. They aren’t. You simply need to do some creative maths, because as you know, in politics 2 + 2 can sometimes make 5.

In 2010 the Fidesz party got two thirds of all the votes for the first time, and they did this without having a political agenda at all, apart from two sentences: “We are not those other guys who were in charge for the last eight years” and “Lower Utility Bills”. That’s it. They got two thirds of all the seats, giving them the right to rewrite the constitution and to change the legal regulations of the electoral system.

Just to give a little extra push to the amount of power they could gain, they also changed the number of representatives from 386 to 199. Now we have this abomination called a “one turn” election system, which means you go to vote once every four years, and you get two pieces of paper. One is for your individual constituency, and the other is for the national list. In Hungary,  uniquely, you now need two papers to vote for one position. The trick is that 106 of the representatives are elected by the constituencies, and 93 of them are elected from the national list.

This means that in 106 cases, the strongest candidates win in random zones that were created purely for the elections, and then the rest of them can bicker over the remaining seats. And guess what? Usually Fidesz is still the leading party.

Now I want you to follow me on the maths here, because it does get a bit cheeky. We have 7,934,000 citizens who are eligible to vote, and 5,366,000 of them went to the ballots. Of these, 48.5 percent cast their vote for Fidesz, meaning about 2,603,000 people out of about 10 million Hungarians (oh don’t worry, they gave voting rights to Hungarians living abroad because of the Trianon peace agreement, but you can probably guess who they voted for).

So 2,603,000 people cast their votes for Fidesz, and between the constituencies and the national list, they got 133 seats out of 199, giving them an absolute majority of two thirds. Not bad, huh? 2.6 million votes give absolute power to just 1 man, over 10 million others. A child could see this is a fraud.

Never mind. It’s what the law says – a quarter of the people can rule the country and that’s that. Even with all the fine people who didn’t bother to go to the ballots because they had better things to do, God bless them, this does not equal two thirds of the votes. 48.5 percent?

Because everybody is so sick and tired of the kleptocracy that politicians from the far left to the far right are working together against these so-called people, in the Parliament, in the local municipalities, everywhere, because this is not about politics any more. This is about being invaded by a brute force which uses its citizens as slaves. Nothing else, simple as that.

Now let’s have a word about our brothers and sisters – the 2.6 million Stockholm Syndrome sufferers who cast their votes for Fidesz. Some of them say – and yeah, you can raise your hand if you’ve heard this before – “Because they are not commies!” or “At least they are doing something!”

But most people are not like this. Most of the voters are undecided and apathetic towards politics, and don’t have the relevant information to form an opinion and make a decision. What do you think convinced them? A relevant and responsible political agenda? Come on. They haven’t had an official agenda since they got elected! They won with two simple words: “Migrants” and “Soros”. That’s right, George Soros. As far as I know, Hungary is the only place where the official political agenda is based on a blatant conspiracy theory. Don’t get me wrong; chances are, dear reader, that you hated that liberal swine long before most Hungarians even knew he existed. And how can you make somebody hate a person so much? Well, a bit of fear porn might be of use.

With two thirds of the votes, you decide who gets to air what on the TV or radio, giving you the opportunity to blast out great slogans 24/7, like “George Soros wants to bring millions of migrants to Hungary”. And when you go down to any small village, where there is no work, no healthcare, no nothing, you go to a pub – where you can find half the town, of course, because of the lack of employment – and ask them who they voted for, chances are they will say “Fidesz”. And why? Because they’ve seen it on the television, that the migrants are coming and they want to rape Hungarian women and take whatever few jobs they can find. And if you ask them, “Mate, why do you believe anything that is said on the TV?” the answer will be “Well, it was on the radio too!” 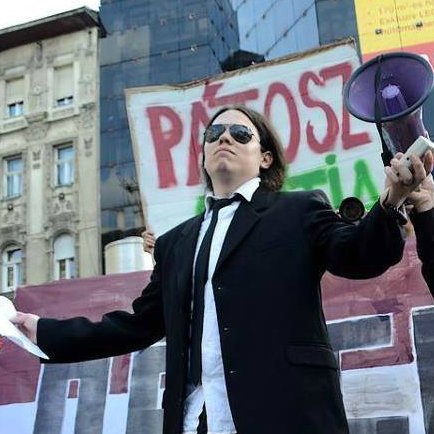 Lacko Solymár a is Hungarian anarchist. He studied international economics at the Budapest University of Technology and Economics and became engaged with various left initiatives. He was one of the founders of The First Republic Party. He works as a civil servant and adviser in his local municipality’s economic board. He claims he was predestined to become a left wing activist by birth – he was born on the 1st of May.