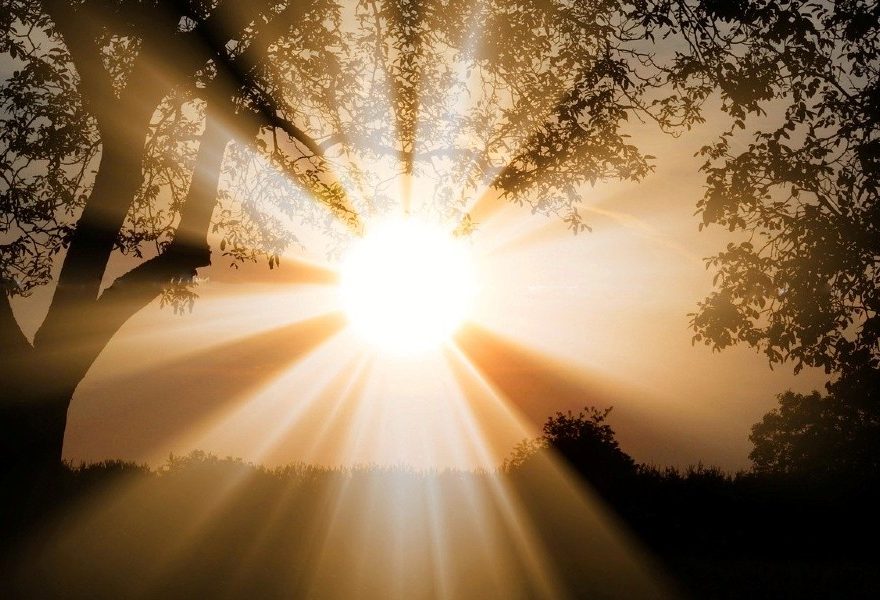 Answer to Transform!Europe’s invitation for discussion among the European left-wing movements and groups on a strategic document about the future of the EU and the place of the left in it

This text is the answer to the invitation for discussion launched by Transform! Europe on the The Barricade –
– Strategic Considerations in Insecure Times – Initiating the Discussion:

“we, the board of transform! europe, intend to start a debate inside and outside the network. Our endeavour is not only to define more clearly our own strategy but also to explore the possibilities of a strategic cooperation with trade unions, progressive parties and political foundations in Europe and on the European level. In this regard, we think it is necessary to again foster our links with the social movements, particularly with the feminist and the ecological movements which so impressively emerged on the political agenda in the recent years.”

The following text represents the position of DiEM25 members of Romania.

“Decadence is the natural feature of any activity (…) that loses contact with reality and is unable to see that the natural time for its condition of possibility has passed.”[1]

Today, the “end of history” Fukuyama was describing, speaking of the domination of Western Capitalism, seems not an end of history as an end-point of mankind’s ideological evolution, but simply the incapacity of people formed in the Capitalist society to be able to imagine anything beyond this society. Before the final fall of the USSR, could have any of its citizens, living all their lives in it, imagine it possible and imagine beyond it? At the beginning of the 20th century, when Europe was shining with progress and technological marvels, could anyone have foreseen the horrors of the war shortly to follow, as to be able to prevent them?

Most often, if not always, we are unable to see beyond the frame that we lived our lives in, and molded our minds and dreams. Those that grew and had their lives built in Capitalism’s logic, that envisioned their fulfillment in it are unable to see beyond this condition of possibility. To the extent that the end of a system that “has no end”, it’s the very end itself. “It’s easier to imagine the end of humanity, than the end of Capitalism” (Slavoj Žižek).

It is only in this restricted mind frame of Capitalism that the crisis that is building up, ready to explode, is envisioned as an “economic crisis”, and in the same logic, that the measures proposed are of a financial nature. Yes, finances might offer a palliative and avert the crisis for some time, but would only postpone it, as happened so many times already. Every end in crisis is the struggle for a new beginning.

Yet what would be a World beyond Capitalism? For years now, people imagined a world with a green economy and social justice and equality for all, yet nobody ever tried to imagine what all these would mean in reality as responsibilities and consequences. What would be the costs and changes that we would have to face in our lives? It is this very reason why Capitalist societies never looked for solutions that would challenge or change their way of life by decrease of consumption, from energy to everyday commodities. The only solutions they have been able to advance have been looking for alternative sources, but only for continuing the ever growing consumption that our Planet cannot simply sustain anymore.

Debt is the blood of Capital. And Capital itself is created through debt. It is why looking beyond Capitalism, debt is not a solution anymore. And as the proposed strategy paper shows –

“…indebtedness will further aggravate inequality between the deindustrialized regions in Southern and Eastern European and the economic power centres of the EU.”

For a solution beyond Capitalism, we have to redesign and repurpose the exchange process that Money is. In present Capitalism, “Money” has become similar to an AI (Artificial Intelligence) that has the ability to develop outside and even against Humanity’s wellbeing. If Humanity would end today, theoretically Capital would exist further. And this is the absurdity of a Capital that exists disconnected from the individual human being. When everybody is indebted, who is indebted to who? When capital crisis creates poverty and human sufferance, who does capital serve anymore?

Capitalism has become a religion with politicians and leaders who come and go as high priests of this Church. It is a faith in the name of which people submit to being controlled and exploited, sacrificing their time, their force and life itself.

The financial solutions of ever increasing Capital whenever facing a crisis, and confronting it with Capital alone, may have an evolutionist parallel to the fate of dinosaurs which had no other option for their evolution except increasing their size.

These are not questions only for the Left, but for any human who desires to envision a future beyond our present collapsing society.

Future of the Left

To imagine that the Left can advance itself in a debate stuck and restricted to financial solutions is an absurdity. It is the picture of a Left trapped in the grammar of the Neoliberals; extracted from its defining topics and alienated from its voters. A version of how Neoliberals would imagine the Left, rather than a Left contesting the Neoliberals.

“we must not limit ourselves to just becoming the left wing of the liberal mainstream.”

A New Left has to come up with a New Language & Grammar of the Left. To follow and promote its own topics instead of following in subsequence the topics and interests of others. A New Grammar with the interest for the ordinary citizen at its core, and built openly and inclusively as a promise for the open and interconnected World that we all are living in.

For we cannot imagine anymore plans to save only our own – only our friends, only the rich, only the neighbours, only one country, or only Europe. We simply cannot envision a future in this paradigm anymore! Climate crisis, economic and social crisis are developing worldwide and each one’s action has consequences far beyond the limits of its own town or country.

The simplest ideas lie bare, yet threatening in front of us. And it would take first and foremost courage for us to dare see beyond Capitalism. For any great leap of the past, in human progress, looks so easy when looking back and took only faith for it to become a possibility.

The End of European Anthropocentrism

Of the two “dinosaurs” created at the end of the Second World War, only one, the USSR has ended, giving space for a new Eastern Europe. Yet the other “dinosaur” of the Cold War remained, enlarging itself while feasting on the carcass of its defeated enemy. A bloated construction of the past, ever afraid of its demise – “that lost contact with reality and is unable to see that the natural time for its condition of possibility has passed.”

Unable to become a future, this Europe prevents any other possible future.

For the Eastern Europeans dreaming of a future after the collapse of the Socialist East, what followed was definitely far from their expectations, as Western Europe threw itself with all its weight upon the unsuspecting Eastern Europe economies. For all the great dreams of democracy and prosperity that Western propaganda sold to the Easterners during the Socialist times, it never mentioned the hidden deal coming with them – the Free Market.

It would be a reality to hit the common citizens of Eastern Europe with all the brutality and devastation inherent to it – destruction of national industry and economies, rampant inflation robbing the savings of the simple citizen, despair and nationalism as counter-effects. Within less than a year, Romania would be caught in ethnic conflicts supported by Western media, with the Yugoslav War soon to follow, and the first Western military bombing an Eastern country ever since the Second World War – a cruel reminder of the new order in Europe.

European “integration” amounted to actual assimilation of Eastern Europe by the West, plundering and scavenging all that the Eastern economies succeeded in building while Socialist. The image of Eastern European workers dying trapped in the fields of Germany, forced to labour to exhaustion, is the cruel and final image of what the “integration” has produced. Similarly, the last case of over 1,000 Eastern Europeans workers laboring in a German slaughterhouse, sick with COVID-19 and working in inhumane conditions, recalled as Modern-Slavery, points to a brutal parallel to the savage past of racism and genocide of the West –

“Europe is like a gigantic human slaughterhouse… The most savage barbarism is today celebrating its triumph (…) the attempt on the part of the capitalist classes of each nation to foster their greed for profit by the exploitation of human labour and of the natural resources of the entire globe.” (Leon Trotsky – Planning Revolution)

This cannot be “the real soul of Europe” (Emmanuel Macron) anymore – the Market Economy – and all its destructive effects we see around us – a grinding machine of humans and animals alike, and of our entire planet.

If we look at the “Draft Treaty Establishing the European Union” (1984) written under the guidance of Altiero Spinelli, we can see little resemblance between his original vision and what the EU is today. The contempt with which the 2015 Greek Referendum was treated by the EU powers and the crushing measures imposed, almost like making an example out of Greece, completes this gruesome reality of the Europe we have today.

“If the strategic task is to recover the sovereignty of the peoples not against each other but together in the face of the financial markets, then the democratic self-determination of the populations and their control of their states have to be defended. This implies the right of every progressive government to disobey those rules which hamper the wellbeing of their states and societies.” [2]

Yet all these can only be achieved in a new mind frame, opposite to what we have today dominating the politics of the EU. In the ordinary frame of politics, the left-right divide is but a matter of choice and a mix of both in the end. But the challenges that lay ahead of us are no longer a matter of choices, and this would be the frame in which the Left should envision its message, and predicate its answers on new questions; beyond the confinement of European Anthropocentrism, into a wider world where we are just a part of it, and not its center, and where we have to assume full responsibility for every choice.

It is a “shift of vocational interests” similar to the one that gave birth to the “Spirit of Capitalism” and Modernity, and only natural to end where it began. The break from Anthropocentrism would be nothing less prodigious than the break from the conviction that the Earth is in the center of the Universe.

A leap of faith beyond the comfort of our past beliefs, if we are still to survive together as Humankind.

“For any discovery to be made possible, it first has to create a horizon of beliefs regarding its possibility” (I.P. Culianu) 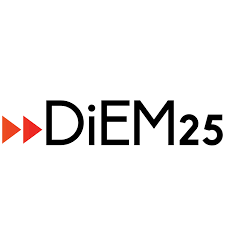