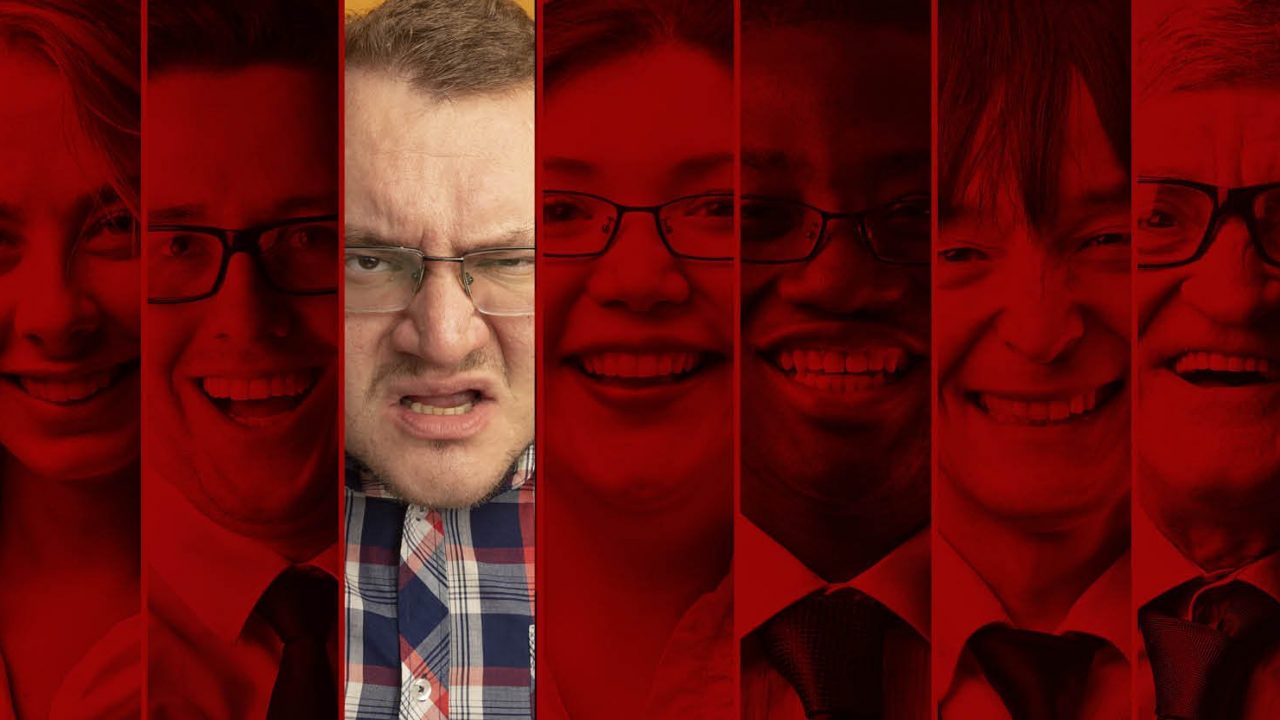 A mass deception machine is a socio-technical apparatus that broadcasts deceptive claims like falsehoods, lies, accidental misinformation, deliberate disinformation, untruths, conspiracy fantasies, etc. It works in the service of right-wing ideology. A mass deception machine uses computational propaganda, often based on algorithms to engineer and mass distribute deceptive messages that serve right-wing ideologies.
Today, these techniques are increasingly used on voters in democratic countries by politicians, lobbyists,  astroturf PR and political parties. Telling organised lies and creating mass deception helps right-wing politicians get elected and stay in power once elected. Britain’s BoJo and Donald Trump are prime examples. Boris Johnson’s lies got so bad that a special website has been created: boris-johnson-lies.com while Trump runs on the “15 most notable lies” and well above 20,000 falsehoods.
Today, in conjunction with computational propaganda, the mass deception machine has made sure that in several democratic countries, political leaders have been elected. They tend to reject scientific findings – on global warming, for example – and the concept that governmental decision should be based on evidence rather than myths, conspiracy fantasies and alternative facts.
Mass deception machine and computational propaganda are not specific to Great Britain and the USA. They are a global problem. Increasingly, they operate like Henry Ford’s assembly line mass-producing deceptions and broadcasting them across national borders. The tripod of (1) right-wing politicians, (2) willing online platforms run by a handful of multi-national corporations, and (3) plenty of campaign financing (dark money and otherwise) assure that the entire setup of the mass deception machine is continuously fine-tuned and perfected.
Inside the mass deception machine’s organisational structure, computational algorithms provide one of the most effective means of transporting right-wing propaganda to a targeted audience. To make all this possible, a mass deception machine is set in motion. The machine has just three key components:

1) The first part of the mass deception machine is where right-wing propaganda and ideologically framed public relations are manufactured. This is the place where right-wing organisations such as lobbyists camouflaged as think thanks, right-wing politicians, and plenty of campaign money meet. The idée fixe is that mass deception serves right-wing ideology.
2) The second part of the machine is a massive crankshaft that functions as a distributor of right-wing ideologies created by the machine’s first section. This segment consists of online platforms such as the usual suspects – Twitter, Facebook, YouTube, TikTok, etc. Their sophisticated algorithms turn right-wing ideology into computational
3) Finally, the third part of the mass deception machine is the contraption’s marketing department. It uses dark money and adjacent campaign funding. This part consists of shady backroom operators but also consulting firms pretending to be respectable. It has lobbyists peddling ideology, hired guns for dirty politics and think tanks that lobby by stealth. They profit from marketing, augmenting, and promoting right-wing ideologies.

For example, trolls can operate a highly negative campaign against those the radical right perceives as its enemies – the infamous “enemy of the people” – and against individuals such as academics and journalists highlighting the danger and criminal pathologies of the radical right. It can even do what is called dogpiling. This happens when a large number of online militia fighters harass a perceived enemy by bombarding a victim into submission, creating a sense of utter helplessness.
Beyond that, computational propaganda increasingly relies on Chatbots – the new kid on the block. Right-wing lobbyists the right-wing extremists of the mass deception machine use Chatbots to advocate junk science – nonsense dressed up as scientific facts. Some have even started imagining the moment when AI – artificial intelligence merges with computational propaganda and are placed in the bowels of the mass deception machine. This would allow machine learning to develop more sophisticated online weapons for the radical right.
Given what we have seen in the 2016 US election, during the 2016 Brexit referendum, Donald Trump’s attempted re-election in 2020 and the rise of disinformation, conspiracy fantasies, etc., one can be certain that there will always be enough right-wing online militias working to perfect the mass deception machine. They want to understand our thoughts, behaviours and attitudes better than we do and to use this to manipulate us.
Overall, we should no longer naïvely see social media as an instrument to simply connect people but as an apparatus to manipulate public opinion into the radical right direction. The radical right will use computational propaganda primarily for five reasons:

1) to get right-wing politicians elected;
2) once elected, right-wing computational propaganda is used to protect those leaders from reputational harm;
3) to make their ideology accepted by society;
4) to preserve the order of capitalism, neoliberalism and profit-maximisation and secure the continued existence of corporate capitalism; and
5) to maintain a political culture that is supportive of the value of the business.

To achieve these five goals of the right-wing mass deception machine, computational propaganda quite often starts rather innocently. Automated bots of computational propaganda, for example, can entice people accessing an “innocent” website like Tinder (dating, make friends & meet new people). Step by step, it draws the unsuspecting victim into the right-wing orbit by merely starting a conversation – even flirtatious. At some point, it moves the victim on to more serious issues on the radical right’s ideological agenda.
Finally, it draws the unsuspected deeper into the jungle of right-wing conspiracy fantasies leading them onto right-wing news websites. Such bots often target eighteen to twenty-five-year-olds in a particular constituency who are identified as needing to swing a few votes in favour of a right-wing candidate. The success of computational propaganda comes when a critical electorate turns to the right even by a narrow margin.
The right-wing mass deception machine also knows that in the US, for example, 85% of adults use the Internet, and 80% are on Facebook. This is the battlefield of the right-wing mass deception machine. Its feeds on easy pray – voters deemed to be persuadables – while simultaneously degrade public debate. In one case, such disinformation and conspiracy fantasies had deliberately targeted military personnel on active duty. Bots can target them with messages coming from across multiple devices.
Such bots can easily pass as real people on social networks. It is already next to impossible to protect your own identity on the net, and it is even harder to verify someone else’s identity. Bots introduce another layer of ambiguity about the communication people have on social media.
Well-engineered bots effortlessly blend into online debates. More sophisticated bots even use socially acceptable spelling mistakes and slang words that are not found in a standard dictionary to mimic a real person. Right-wing computational propaganda has identified Twitter as one of the preferred battlefields for bots.
Today, in almost every election, political or environmental crisis, complex humanitarian disasters and global pandemics, computational propaganda algorithms distribute misinformation, disinformation, and conspiracy fantasies. Right-wing online messaging often includes extremist viewpoints, conspiratorial sources, and sensationalism. What is relevant for the right-wing mass deception machine is the fact that algorithms and automated messaging exponentially speed up the flow of communication as well as the increased range and cost-effectiveness of its distribution.
One of the reasons why digital technologies and computational propaganda has become so crucial for the radical right is that these machines can respond to what is on the new agenda extremely quickly. It can spit out automated lying to counteract facts provided by the quality press. Beyond that, it can also frame a debate and even better, it can set an agenda.
Boris Johnson’s £350 million Brexit lie was a superb example of how this was done. Furnished with plenty of dark money, the campaign to leave the EU told voters that the UK pays £350 million to the EU every week and that this money could be better spent on health and education.
The problem was that the UK’s statistic office announced that the number was totally wrong. Months after that, even the Brexit demagogues of the £350 million lie themselves acknowledged this. Yet, immediately before the Brexit referendum, almost ½ of the British people was convinced that BoJo’s £350-million-claim was true. This is the stunning success of the mass deception machine. The Brexit campaign relied heavily on computational propaganda targeting a specific group of about nine million persuadables, but it also targeted so-called opinion leaders such as journalists, politicians, bloggers, and activists.
Yet, one should not underestimate the level of human labour, attention, planning and funding that goes into right-wing computational propaganda. Such human labour is also needed when inventing junk news. Junk news’ relevance comes not just from its logical fallacies, doctored images, exaggerations, extremism, sensationalism, and conspiratorial content. It comes when junk news is broadcasted at the expense of investigative journalism when it uses feigned criticism to disseminate right-wing ideology,
Online platforms allow junk news and fake news stories from deceitful sources to spread like wildfire across several platforms and networks of family, relatives, and friends rather rapidly. This, of course, aids right-wing echo-chambers and cognitive dissonance. It favours plausible-sounding content that often reinforces existing prejudices. On the political side of the equation is the task of computational propaganda not to generate an immediate massive nation-wide swing of the popular vote. Instead, it targets a small change in key areas that allows a right-wing candidate to cross the line and hold office and power.
The US Republican Party, for example, finds it increasingly hard to win the popular vote. Consequently, it becomes ever more important for the right to win key areas to conjure up a narrow majority in the electoral college. As a consequence, the radical right targets persuadables in particular geographical areas. It is designed to achieve two things – voter suppression; and long-term political polarisation.
For both, not just big data but also data mining has become ever more relevant. To fine-tune its computational propaganda, the mass deception machine needs a supply of trustworthy information on their victims. It needs to engineer a successful campaign strategy on whom to target, where and when and with which message, and most importantly, over which device and platform.
The mass deception machine and computational propaganda will continue to launch disinformation campaigns against democracy in the foreseeable future. The machine’s strategy will remain pretty much the same, consisting of three key elements:

+ sell disinformation to attack what Aristotle once called the polis;
+ dispute and demean science, democratic politicians and experts; and
+ prevent those deemed “enemies of the people” from voting – voter suppression.

In the end, the mass deception machine and computational propaganda will be amplified by the radical right. It has already shown significant success in recent years and in many countries. If anything, it is safe to expect that the mass deception machine’s activities will only increase in years to come. On the qualitative side of the equation, one needs to expect the use of artificial intelligence will turbo-charge right-wing extremism.
This article was originally published at CounterPunch.
The Barricade is an independent platform, which is supported financially by its readers. If you have enjoyed reading this article, support The Barricade’s existence! See how you can help – here! Also, you can subscribe to our Patreon page.
The Barricade also has a booming Telegram channel,  a Twitter account and a YouTube channel, where all the podcasts are hosted.