Will the Polish ‘Mein Kampf’ be out soon? No, not a translation – a new book 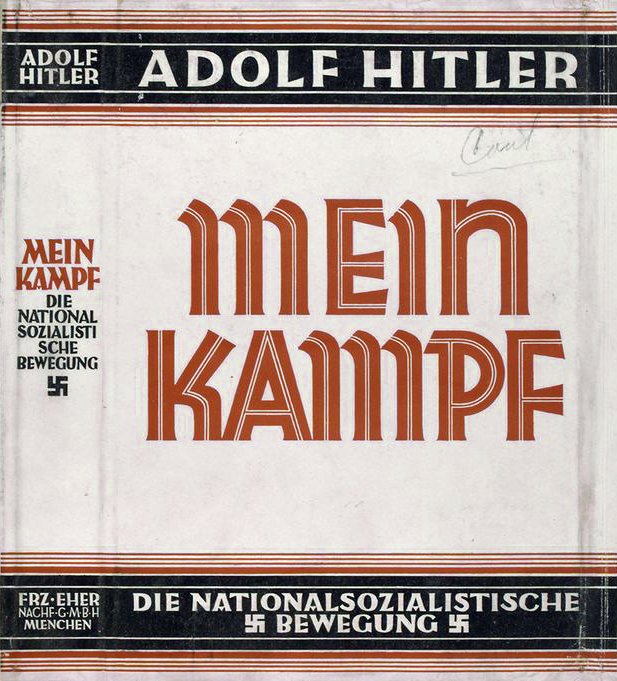 Jacek Międlar, well known Polish catholic fundamentalist, racist and antisemitic figure idolized by the Polish right-wing youth made a new shocking statement. He will write a book called ‘My Struggle’. In the past he called for the malfeasance of women from opposition parties, actively propagated hatred of refugees and attributed various genetic weaknesses to Jews. This former Catholic priest, emerged as the leading figure of Polish right extremists and how he ‘fought’ for this position against all kinds of ‘political repression’ will be laid out in a the book. The title clearly points the ideological affiliation. The author admits that, although indirectly.

“The title is rather bad,” wrote someone on Twitter commenting on Międlar’s announcement. “I think differently. The title reflects what is in my heart” was the reply. “Did somebody tell you what ‘My Struggle’ means in German” asked another person. “I do not speak or understand German” – answered Międlar.

Jacek Międlar was ordained a priest in July 2015. Shortly afterwards, his extreme right-wing views surfaced. In August same year, he took part in a racist parade which crossed the streets of Wrocław, chanting “Fuck the Arabs” and “Everybody in Poland sing ‘fuck the refugees’.” Speaking at the end of the event, he called out to the crowd, “They will talk about you being fascists! I often hear that Am I fascist priest? Nonsense! Let them talk.” A few months later, he delivered another hyper-hate speech at the March of Independence.
This had sparked sharp criticism from his superiors from the Congregation of the Catholic Missionaries. They first forbade him public statements of a political nature and has later been transferred to Zakopane, a town in the Polish mountains. Międlar did not stop to produce extremist propaganda and has finally been suspended. The decision was dictated by statements in which he suggested that the Roman Catholic Church in Poland was controlled by some ‘gay lobby’. Shortly afterwards, Międlar decided to resign from being a priest.
Międlar also participated in the anniversary celebrations of one of the most dangerous right-wing youth organizations in Poland – the so called National Radical Camp (Obóz Narodowo-Radykalny). This happened in the town of Białystok (often called the capital of the Polish neo-nazis) in 2016. At the end of the event the partcicipants were invited to listen to a concert of a notorious neo-nazi band called Nordica. During the celebration in Białystok Międlar made himself famous by saying the the Polish radical right-wing youth is like a “chemotherapy for malignant tumor [refugees] growing Poland”. The prosecutors controlled by the Ministry of Justice refused taking it to court and argued they cannot sea any hate speech in Międlar’s utterances. “There will be no prosecution for Białystok! Zero tolerance for ‘Jewish cowardice’. Cheers!’ – he triumphed on Twitter after the this decision was announced. The post featured a very eloquent image depicting a group of men performing Hitler’s salute.


Last year, Jacek Międlar also attacked a liberal MP Joanna Scheuring-Wielgus, who spoke about the need to liberalize the anti-abortion law in Poland. “In the past we used a razor! Today we can only pray?” – he wrote on Twitter. The parliamentarian felt a victim of hate speech and filed a notice to the prosecutor’s office.
Międlar’s anti-Semitic obsessions also surfaced during his trip to Britain. He tried to get into the UK but the border police sent him back to Poland on the order of local authorities who did not want to allow a Catholic fundamentalist to appear on anti-immigrant rallies. Międlar stated that it was a result of Jewish special services’ actions.
fascism Jacek Międlar Mein Kampf neo-fascism Poland