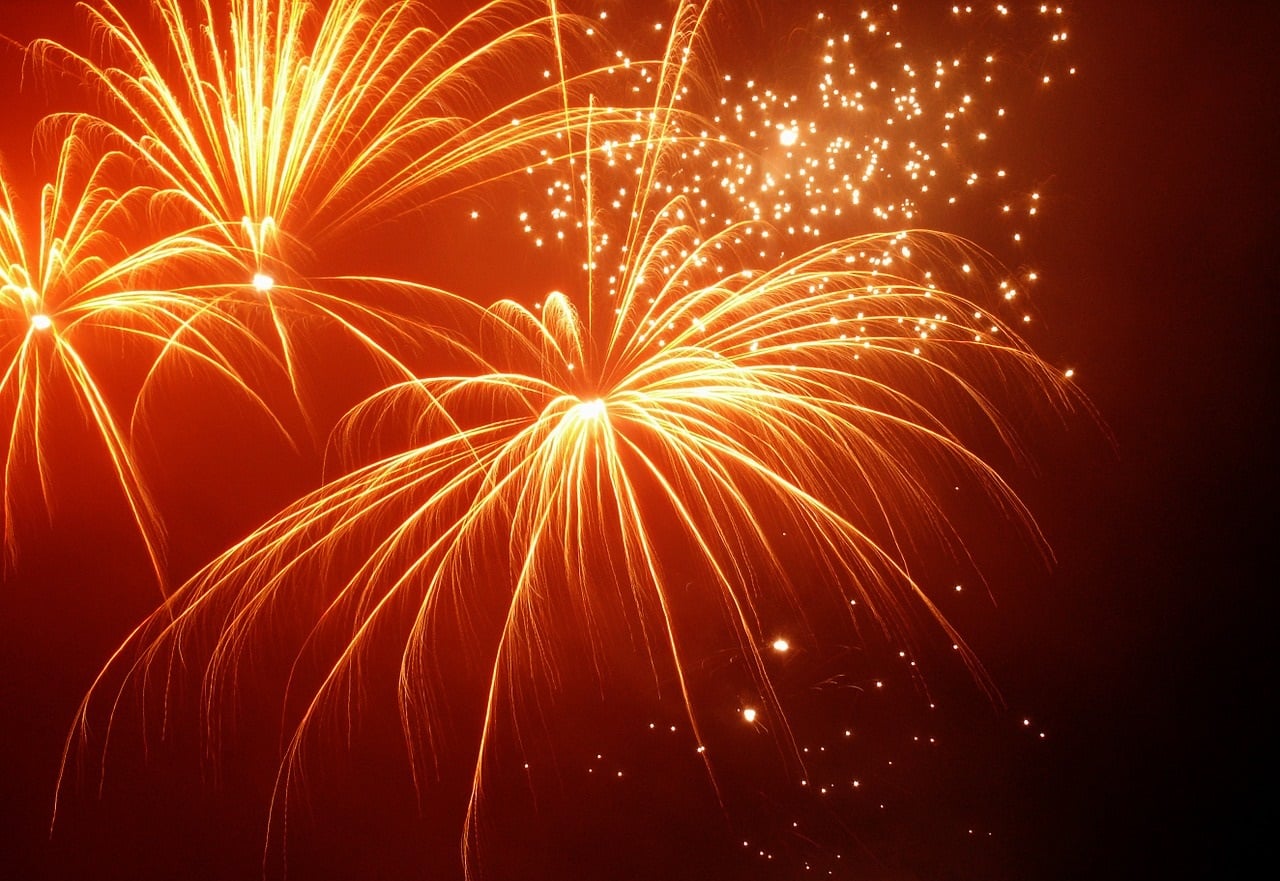 Another record of New Year’s pyrotechnical goods consumption was probably beaten this year. It is a pity though, that no one thought that we could spend one of the upcoming New Year’s Eves in nuclear shelters, where firecrackers are useless.

Pop and disco polo played, “champagne” corks flew, and firecrackers exploded on market squares across the country. The New Year’s excesses revealed another common ground for the patriots and the traitors of the nation; a common ritual marked by hundreds of thousands of empty bottles left on the streets was performed. It’s interesting whether these people will be capable of uniting in serious situations. I doubt it, and such situations arise. But no one thinks about it. If they are noticed, they are processed on an infantile level.
This is highly regrettable, because we need maturity and in-depth reflection more than ever after the fall of the Berlin Wall. We will all bear the consequences of the current actions of the statesmen and stateswomen, regardless of which side we are on. Sometimes one really should look outside, at the world that Poland, the Christ of Nations, is a part of.
The plot started to thicken just before Christmas. Local newspapers, focused on the upcoming holidays, gently ignored the announcements of war of the NATO notables. However, the fact that the television was also silent about it does not change their gravity.
General Robert Neller, Commandant of the Marine Corps, visited the Marine rotational corps stationing, naturally for defense reasons only, along the western border of the Russian Federation, in December 2017. He decided to visit the base in Norway, where he probably drank some corn whiskey and ate an asbestos steak, but the news he shared with the soldiers was not good. Namely, he told them that they should prepare for war, and more precisely, for a “big-ass fight”.
He additionally explained that according to what he knows, the Pacific (read: China) and Russia, will be the focus of future conflicts outside of the Middle East. The word “read” should not be understood symbolically here, as China, Russia, North Korea, and Iran were clearly referred to in the 4+1 program of the United States Department of War, as well as in their entire National Security Strategy.
The situation seems clear. The daddy from Washington came to visit his boys in Norway and gave them a talk about the interesting times ahead of them and his reliance on them. Not only his in fact, but also his superiors, Mr. Trump, the holy American flag, as well as freedom, democracy, human rights, and all that jazz.
Surely, this situation is worrying, but the fact that it is not isolated is even more alarming. The US entered the path of war a long time ago and has been doing everything to aggravate geopolitical tensions wherever possible for several years. First, the Arab Spring, which quickly turned out to be just a Sunni Winter, then putting most of the Middle East and North African countries in a state of gory chaos, the excesses of Kiev, which paved the way to power for the Ukrainian extreme right and put an end to modern Ukrainian statehood, making Poland, Romania, and Baltic states US vassals, provocations regarding North Korea, moving the diplomatic mission from Tel-Aviv to Jerusalem, and now the “big-ass fight”. It will be “interesting” to see what the Department of State comes up with next.
Probably something about Iran. The first serious signs of subsequent color revolutions are already showing. I am not going to pretend I am an expert on Iran or Arab states, but my prudent observations of the events of the last five years in the region led me to the hypothesis that the actions initiated there, based on the same model as in Syria, Libya, or Tunisia, are, fortunately, unlikely to succeed. Firstly, there are few opportunities to create and fuel a sectarian conflict between different religious communities, which is the modus operandi of this model. At least some of the protesters’ slogans deserve recognition, and violence against the demonstrators should be condemned. Perhaps a dozen more people will be killed, maybe a car bomb will explode, but probably nothing more.
The majority of the Iranian society links the growing socio-economic problems not only with the government’s incompetence, but also with sanctions, and it seems almost certain that the resulting anti-American sentiments will prevent the US from controlling the active “democratic opposition”. Nevertheless, the US expressed its enthusiasm for the “fight for freedom” in Iran via its most important medium, i.e. Donald J. Trump’s Twitter account. However, this high-note support may have an opposite effect to the one intended and turn against the demonstrators, preventing their potentially important postulates from being heard, as well as burying them under a pile of calls to defend the country. I dare say that most Iranian citizens are aware that establishing a pro-Western regime in Tehran will make the country dependent of the United States and its geopolitical interests, leading to its destruction, which no sane person would want. As for now, Syria managed to avoid it and Iran is also likely to do so.
There you have it, my dear compatriots, and now, when the hangover passes, keep fearing Russia, fulfilling the sacred duty of the Polish patriots.